A Vancouver-based 3D software firm that has been used in training operations by the Canadian military will be given a “repayable contribution” of $9.5 million by the federal government today, according to a government press release.

Ngrain Corp. will receive the money through the Strategic Aerospace and Defence Initiative, a government program to support industrial research in pre-competitive development projects. The funds will be put towards developing 3D technologies for training and performance support on complex equipment used by aerospace and defence personnel, according to the statement. Ngrain’s software applied 3D simulations to interactive worker training and on-the-job support.

Related
3D software keeps the peace between contractor and designer

A 2010 report on Ngrain’s Web site provides some more insight as to how the small business has been partnering with the Canadian military. It has been used in several case studies to explore how its 3D software could aid in training of soldiers and technicians already. 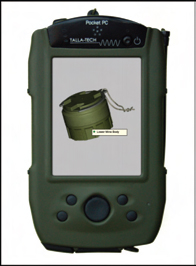 The Canadian military had a database of 2D landmine images that was augmented to interactive 3D models loaded onto a personal digital assistant. It allowed soldiers to view detailed informations on parts of a landmine and watch animations showing how to disarm them. 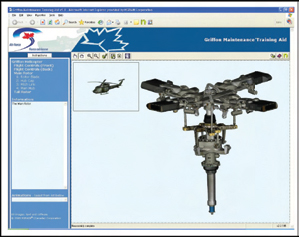 The Canadian Air Force was lacking enough skilled maintenance workers and wanted to automate some aircraft life cycle management tasks. It also needed to deliver some “just-in-time” support to junior technicians that faced knowledge gaps in the field. It commissioned a study of using Ngrain’s interactive 3D simulations of aircraft using a CH146 Helicopter to visualize parts, animate procedures, and link to technical orders, inventory data and service bulletins. The study found Ngrain’s software reduced wok hours needed to investigate and resolve a maintenance issue by 30 per cent. 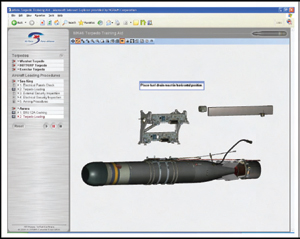