I’ve penned loads of tips and tricks stories for RIM smartphone users. This week, it’s time to spread the love.

I’ve barely put down the Palm Pre since it arrived at my desk this week, and I’ve come up with quite a few Pre tips, tricks and shortcuts, the best of which I’m sharing below. 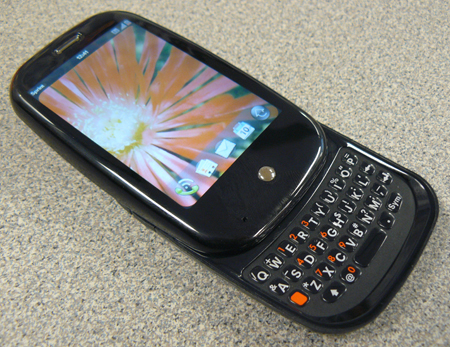 The Pre has both a touch display and a physical, full QWERTY keyboard, unlike any BlackBerry on the market – nope, RIM’s Magnum is not available quite yet.

As such, the Pre device has tricks and features that require just the touch display, only the keyboard, or a combination of the two.

Read on for my first batch of Palm Pre tips, tricks, shortcuts and gestures.

2) Quickly Power Off Your Pre

Press and hold the Power button for five seconds until an on-screen prompt appears. Tap the Turn Off option and your device powers down. 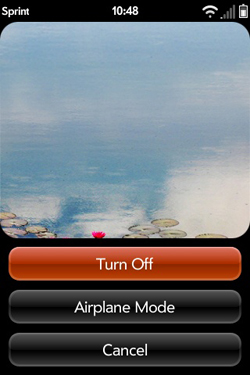 The Pre’s Airplane Mode deactivates the device’s cellular radio, so you can employ your Pre while in-flight. You can use all the device’s features while in Airplane Mode, but you can’t place cellular voice calls. You can, however, use Wi-Fi to surf the Web.

I found two ways to quickly enter Pre Airplane Mode. First, you can hold the Power button for five seconds and then choose the Airplane Mode option that appears in the on-screen prompt. Or, you can simply tap the upper right corner of your Pre’s screen, where your Wi-Fi, cellular coverage and battery indicators live, and pick Turn on Airplane Mode from connections box.

Note: If you’re using a Wi-Fi network when you activate Airplane Mode you’ll need to reconnect by turning the Pre’s Wi-Fi back on again. To do so, click the Wi-Fi icon on your home screen.

To mute the Pre’s ringer when receiving a phone call, simply click the Power key once.

To stop an incoming call’s ringer and send it directly to voice mail, tap the Power key two times in a row.

6) Snap a Pic With Your Pre Space Key

The Pre’s camera application works when its slider keyboard is open or closed. You can snap a pick by tapping the on-screen camera icon at any point. But if you’re shooting images with the keyboard extended, you can also use the Pre’s Space key to snap a picture.

The Pre has a graphical battery indicator that appears on almost all screens and in all applications. But this doesn’t show exact battery levels via a percentage. You can determine exactly how much battery life you have left by tapping the Pre screen’s top right corner and opening the Connections box, which displays battery life as a percentage value. 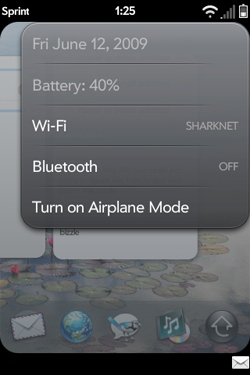 If your Pre’s processor slows down noticeably or applications or other screens start to “stick” or lag, you may need to soft reset your device.
To do so, depress the device’s Power button and flick the Ringer switch back and forth three times. After a few seconds, the Shut Down/Airplane Mode screen appears and a second later the device reboots.

If you tried soft resetting your Pre, but are still experiencing performance issues, a hard reset might be necessary. Hard reset your Pre by removing its battery.

Then, wedge a finger underneath the cover and slide it toward the top of the Pre until the cover pops loose. Be careful not to force it too hard, because it could potentially break.

Once the cover is removed, pull on the small fabric tab sticking up from beneath the Pre’s battery and help guide it free of the metal connectors, until it pops out. Leave the battery out for a few seconds, then reinsert it and start up your Pre.

To highlight or select editable words or other text via Pre, tap the text field from which you wish to select content and you’ll see a cursor appear. Next, press and hold the Shift key while you drag the cursor over the text that you want to select.

I’ve found two ways to copy selected text on your Pre. You can tap the display’s upper left corner to bring up the menu and then choose Edit. On the Edit screen, choose copy and your selected text copies to the Pre’s “clipboard.”

You can also use a keyboard shortcut to copy selected text. Once you’ve highlighted the text you want to copy, press and hold one finger on the Pre gesture area and tap the “C” key. Your text then copies to the Pre clipboard.

You’ll find two ways to cut selected text via Pre. After selecting the text you wish to delete, tap the display’s upper left corner to bring up the menu and then choose Edit. On the Edit screen, choose Cut and your selected text deletes.

You can also use a keyboard shortcut to cut selected text. Once you’ve highlighted the text you want to copy, press and hold one finger on the Pre gesture area and tap the “X” key.

Choose from two ways to paste copied text on your Pre. After selecting and copying the text that you want to paste, navigate to wherever you want to put the text, tap the display’s upper left corner to bring up the menu and then choose Edit. On the Edit screen, choose Paste and your selected text pastes.

You can alternatively use a keyboard shortcut to paste copied text. Once you’ve highlighted and copied the text you want, press and hold one finger on the Pre gesture area and tap the “V” key.

By default, your Pre’s Quick Launcher, which appears on the bottom of your display and provides fast access to your most frequently used apps, holds the Phone app, Messages, Contacts, Calendar and the “full” Launcher. The full Launcher lets you view all available applications, not just your favorites. 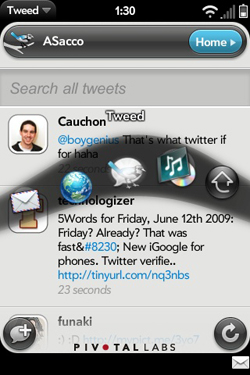 You’ll then have one less icon in your Quick Launcher, and you can fill the empty space with any app you want. Just tap and hold an app and drag it down into the Quick Launcher.

You can quickly jump between open Pre apps without entering “card view” by activating the Switch Applications option in the Advanced Gestures menu. First, open up Screen & Lock, found on one of the full Launcher screens.

Within Screen & Lock, slide the Switch Applications option from off to on, beneath the heading Advanced Gestures. Now, slide a finger or thumb from left to right over the length of the Pre’s gesture area while in an application to return to a previous program. And slide your finger right to left over the full gesture area to hop to the next open app.

You can add quick-launch icons for your favorite Web pages to your Pre’s Launcher screens. Simply surf on over to your desired page, tap the upper left corner of your screen until the Web menu appears and then choose Page. Two more options will appear beneath Page; pick Add to Launcher to create a custom icon for that site. Your new icon now appears in the Pre Launcher. 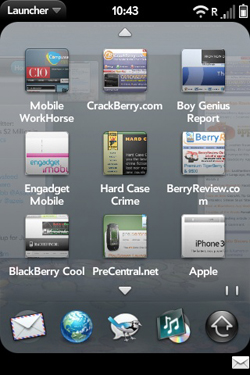 To assign speed dial keys to specific contact, open the Pre Contacts app and tap the contact for whom you’d like to add to speed dial. With that contact open, tap the upper left corner of your display to open the menu and then pick Set Speed Dial.

Your Pre will then list all the available numbers for that contact. Select the one you wish to assign to speed dial, and on the following screen you’ll see a list of available keyboard keys. Pick one, and you’ll be able to press and hold that specific key to quick dial your contact number.

To snap a quick screen grab of your Pre’s display, simultaneously press the Orange key, SYM and the letter “P.” The image is then available within your Pictures icon, under the “screencaptures” heading. You can save screen shots as wallpaper or e-mail them to others.

Killing off products after mergers causing huge problems for users