Our tech lives are entangled in wires. Nearly every electronic gadget and gizmo we buy comes with its own charger, and don’t forget the additional cables for transferring data, listening to audio, and so on.

Wouldn’t it be nice to cut the cords and go completely wireless?

Unfortunately, a cord-free tech life is still a fantasy, although things are improving. Charging mats for handheld devices such as cell phones, MP3 players, and game consoles are just now hitting the market. Dell has a similar, albeit larger and less elegant, product for one of its new Latitude laptops.

The WirelessHD spec is cutting cables to HDTVs–well, except for the power cord. Wireless music systems are becoming more affordable, and that means fewer speaker wires to trip over. Computer peripherals are getting in on the action too; some multifunction printers and external hard drives and ditching their data-transfer cables.

If there’s a downside to the wireless craze–at least from an energy standpoint–it’s the AC-to-DC tradeoff. Power adapters and their cords are cumbersome, unsightly, and they tether you to a wall outlet.

By comparison, battery-powered devices like wireless keyboards, mice, speakers, and Bluetooth stereo headphones are far more convenient, but require an endless cycle of recharging and replacement.

Ultimately, cordless gadget nirvana may require a long-distance wireless energy transfer system such as the one dreamed up by famed inventor and engineer Nikola Tesla. But until that day arrives, keep stocking up on those AAs.

Here are several new and updated products that will help you cut the cords in your life. 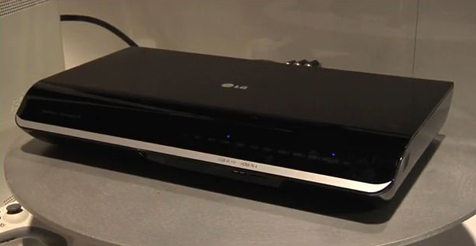 Nothing mars the sleek aesthetic of a wall-mounted HDTV more than unsightly wires dangling out the back. LG’s new LHX and LH85 series cut the cables–well, except for the power cord–by using a WirelessHD transmitter box that works up to 30 feet from the screen. (Sony has WirelessHD sets too.)

Video devices, including game consoles, DVD and Blu-ray players, and cable boxes, connect to the transmitter. WirelessHD is no bargain, however. LG’s untethered sets range from $2400 to $4800 for 47- and 55-inch models. Now, if only they’d lose the AC cord.

A mono Bluetooth headset is fine for making phone calls, but not for listening to tunes. A stereo Bluetooth headset, on the other hand, is good for both. The petite Sony Ericsson HBH-IS800 headphones produce crisp audio and deliver four to five hours of play/talk time between charges.

Street-priced around $120, the HBH-IS800 comes with three sets of earbuds (for assorted ear sizes). The phones aren’t cordless, however, as a thin strand of wire connects the two earpieces. Still, one less cable is always good news. 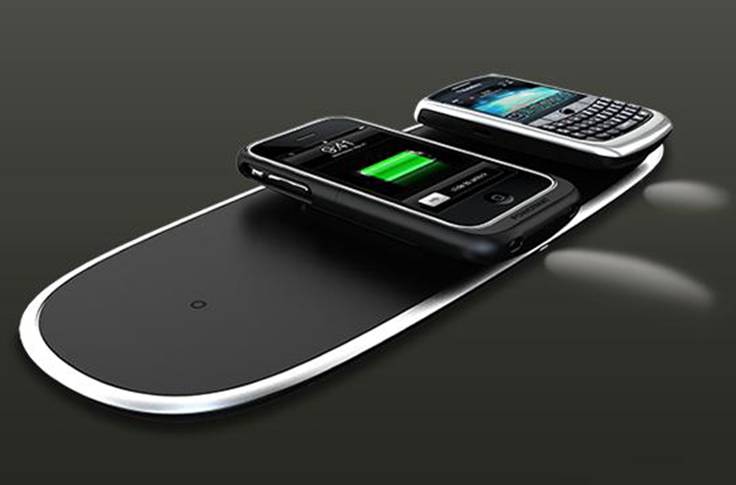 Powermat uses magnetic induction to power up electronic gadgets. The mat plugs into an AC wall outlet and charges devices fitted with a receiver case. To charge a device, you place it on the mat. Powermat works with popular handhelds such as iPods, iPhones, Blackberries, and game consoles.

For large devices like laptops that don’t fit in cases, Powermat provides a universal charger with 8 tips. (You connect the tip to your device, and place the charger on the mat.) Powermat sells for about $100. The receivers go for $30 to $40.

Powermat isn’t the only wireless charger on the market. Duracell myGrid provides similar functionality, and device-specific chargers for the iPhone and Palm Pre are available too. 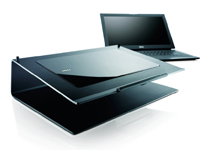 It’s debatable whether the admittedly clunky stand offers much of an advantage over a tethered charger, but the $2100 Latitude Z600 (priced with the wireless option) is a good start. Note to Dell: Shrink that charger! 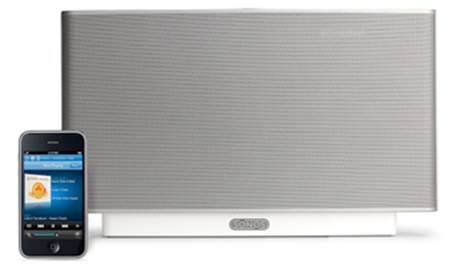 Wireless music systems for the home aren’t new, but the Sonos ZonePlayer S5 refreshes the genre by adding some innovative touches and a relatively affordable (for Sonos) $399 price. The S5 combines speakers, amplifier, and wireless networking in a single device–a first for Sonos.

The S5 is a convenient way for existing Sonos users to add another unit to their wireless music system too. And iPhone and iPod touch users can control the S5 via the free Sonos Controller for iPhone app. 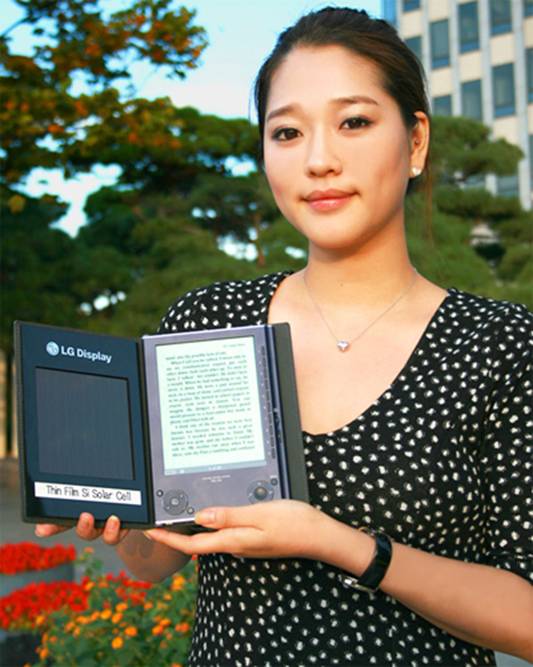 E-readers like the Amazon Kindle are low-power devices built to last for days between charges. So LG’s got the right idea by designing a solar-powered e-reader, which it plans to debut in 2012.

Four to five hours of sunlight would provide enough juice to power the e-reader for a day, according to LG. The combination of solar charging and (hopefully) wireless content delivery might make the LG e-reader the first truly cordless device. 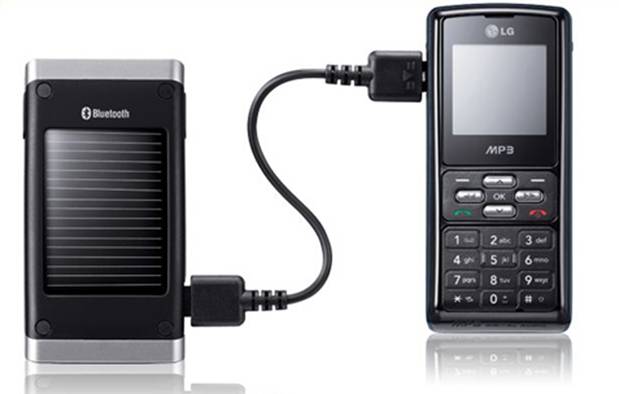 LG loves the sun, apparently. Its $100 Bluetooth car speakerphone charges via sunlight–a boon for those of us who live in sunny climes. Wireless charging is ideal for the car dashboard, where a rat’s nest of cords can be both distracting and dangerous.

The HFB-500 isn’t ideal for areas that usually cloudy, although its in-car charging cable is handy when the sun’s taking an extended holiday. 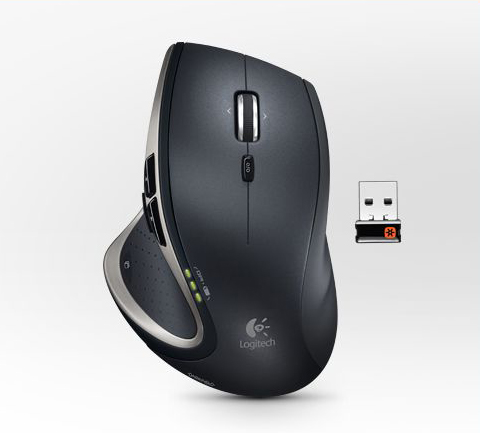 What’s so new about a cordless mouse? Well, Logitech has recharged the category with two new laser rodents designed to work well on most surfaces in the home. 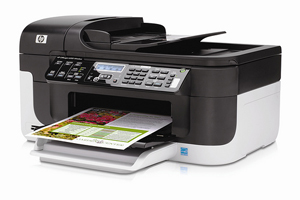 Printers are big and bulky, so why not hide them out of sight? The HP Officejet 6500 Wireless is a reliable and affordable multifunction model that need not reside beside your PC or router. Priced around $200, this bulky Officejet features built-in 802.11 b/g Wi-Fi, and is well-suited for home or small-office use. Just think of all the desktop space you’ll free up …for more junk.

Chalk one up for the Mac side. The Apple Time Capsule is a cordless backup system that combines a wireless router and hard drive in a slim box. Using 802.11n Wi-Fi, Time Capsule automatically makes a copy of all files on your Mac, although Apple recommends that you use a cable for your first backup. (Those inaugural backups can be marathon sessions, and a wired connection gets the job done faster.)

Time Capsule has plenty of storage capacity too: The two-terabyte version costs $499; the 1TB model is $299. 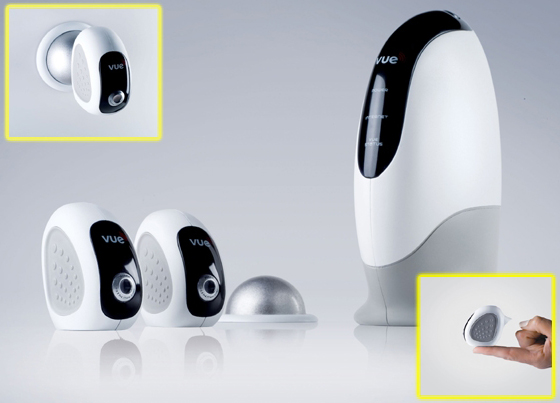 Surveillance cameras suffer two big drawbacks: They’re hard to mount where you want them, and most models require plugging into a wall socket, which is invariably nowhere nearby. One company, Avaak, says that it has come up with a solution, a peel-and-stick video camera system called Vue.

The cameras themselves are about as good as a mediocre Webcam, but what’s great about them is that they run on powerful batteries that can last one year, according to the company.

Avaak states that it estimates the one-year battery life based on “normal use”–but the company conveniently doesn’t define what “normal use” is. Though you can’t recharge the Vue batteries, you can replace them for under $10.

Truly wire-free, these little cams can stick nearly anywhere within a 300-foot radius of the base. The Vue wireless surveillance camera kit costs $300 and includes the base unit and two video cameras. Add-on Vue cameras cost $99 each, and the Vue service charges $20 a year for access to a password-protected Web site (one year of complimentary service is included with purchase).

Big Storage in a Small Package 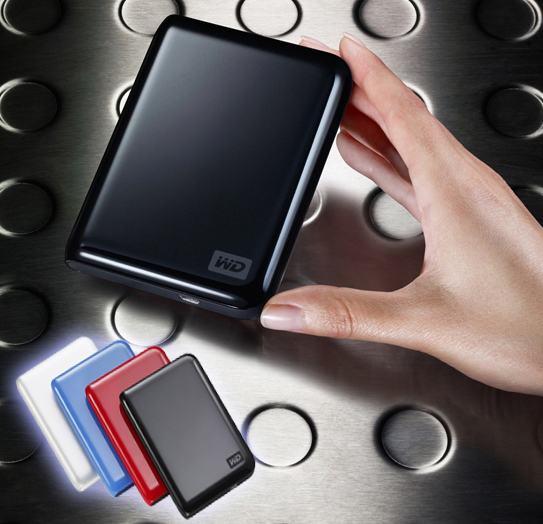 WD says that these new models–which come in 320GB ($99), 500GB ($149), and 640GB capacities–are 20 percent smaller than previous My Passport Essential portable drives. Measuring 0.6 by 3.0 by 4.3 inches and requiring no external power source, these drives are definitely shirt-pocket-friendly and ready to travel.

The drives come with Western Digital built-in backup software called WD Smartware, and they support up to 256-bit hardware encryption for locking down your data. Except for the 640GB version, the new My Passport Essential models are available now.