10 tech tangles that need to be unravelled

Enough with bickering cell phone technologies, messaging systems that won’t talk, incompatible file formats, and TV remotes that spread like kudzu across your coffee table. We’ve been dealing with some of these problems for more than a decade, and it’s time for things to improve.

Here are ten technologies that cry out for standardization–tomorrow if possible, though yesterday would be even better.

What tech do you want to see standardized? Post your thoughts in the comments below. 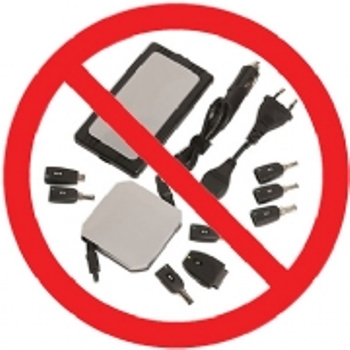 USB-based AC adapters are a step forward, but you still have to deal with six kinds of USB connectors. If your camera uses a Mini-A USB charger and your smart phone is Micro-B, you’re just as stranded as if they used completely unrelated chargers. You may be able to buy a “universal” charger that lets you plug in a laptop and other devices, but only if the vendor supplies adapters designed for your particular gadgets. What a pain.

What the world needs now isn’t love sweet love–it’s a power adapter that works with every portable device. Last year, most of the big handset makers agreed to standardize on Micro-USB chargers by 2012. (The most prominent exception? Apple, of course.) For the past three years, groups like Green Plug have been lobbying consumer electronics companies to adopt a single plug standard, but so far they have little to show for their efforts. You can add your voice to the chorus at the I Want My Green Plug site.

Like everyone I know, I have a basket crowded with remotes (including several not-so-universal “universal” ones) on my coffee table. All of them do more or less the same thing, but each one is slightly different. Does every TV, DVD, DVR, set-top box, and stereo manufacturer really need to redesign the wheel?

We need one remote that controls everything and doesn’t require a 45-minute video tutorial, tedious trial-and-error experimentation, memory-hogging software, constant updating, or the services of a Home A/V specialist. That, or maybe Project Natal-like gesture recognition, so we can just wave our hands to control our A/V gear. Even better: brain implants. That way my wife and I can fight over what to watch without having to speak to each other.

3. Virtual Instruments That Rock Around the Clock 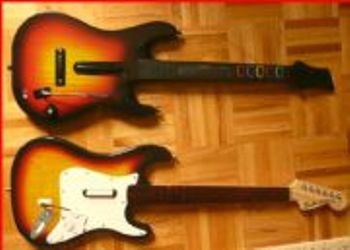 When I’m down for a virtual gig–whether I’m due to play Rock Band on the Xbox 360 or Guitar Hero III on the PS3–I want to be able to strap on my ax and go. Sadly, only a handful of guitars and drum kits work across multiple rhythm-game titles on a single console system (see this confusing chart for details–or this one, or this one) . The good news? The situation is steadily improving, as Harmonix and Activision belatedly recognize the folly of playing battle of the band instruments.

Looking for virtual instruments that span not only the games but all the consoles? Shine on, you crazy diamond. You might as well wait for the Beatles to reunite.

Cross-platform compatibility? Feh. Mac and Windows PCs have coexisted for a quarter of a century, and yet people still have problems moving files between them–and that’s without the commplications presented by Linux and other computing platforms. Want to move data between different types of applications or open a file stored in an older format? You’ll have better luck printing it out and retyping it.

7 Backup Strategies for Your Data, Multimedia, and System Files

Most of the 1000+ file formats that now exist are native to a single application. We need a single editable format that all platforms can display accurately (and with full formatting) and that the user can move easily between applications. No tedious file conversions, no mystery fonts, no deciding which arcane ASCII character set to use. Just save it, send it, and open it–and no surprises inside the box.

For the past four years, the OpenDocument Format Alliance has been promoting an XML-based format that makes Office Suite documents accessible across platforms and applications. ODF enjoys endorsements from international governments and support in products like Google Docs and Open Office. But until Microsoft beefs up its support for ODF, that movement isn’t going anywhere.

If your flashlight runs out of juice, you can pop down to the local Kwik-E-Mart and get some C batteries. If your TV remote conks out, Apu will happily sell you some AAs. But when your cell phone battery expires, you have to contact your handset manufacturer or carrier to get a replacement. Worse, you can’t swap batteries between different handsets. Are individual cell phone models really so special that each requires its own battery technology?

The IEEE’s Cell Phone Battery Working Group is set to hold its first meeting this month, primarily to improve battery life and to devise standardized packaging for smartphones, but maybe they’ll seize the opportunity to address interoperability, too. Unfortunayely, considering the pace at which the IEEE usually ratifies standards, cell phone brain implants are likely to come sooner than a single-battery standard.

While we’re on the topic of redesigning cell phones, let’s talk keyboards. On computers, symbol keys don’t wander willy-nilly around the QWERTY layout (not in the United States, anyway). But every cell phone keyboard I’ve ever used has been unique. Is there some law requiring handset makers to put the @ sign and other symbols on a different key from one model to the next? It sure seems that way.

No, not the movie with the blue-skinned space cats. As we move into Web 3D, each of us will need a single virtual persona that can do battle in World of Warcraft, wander the lonely streets of Second Life, hang out (in two dimensions) on Facebook, and do anything else that requires a digital doppelgänger.

Several companies and groups–including IBM, Linden Lab, Multiverse, and the Web3D consortium–are working on standards that would allow online avatars to travel between virtual worlds; however, no univatars have received passports yet. Give me the metaverse, and give it to me now. 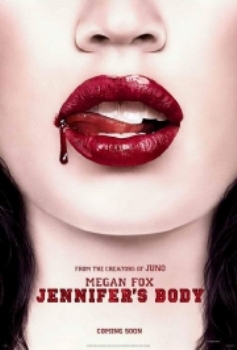 The reason, as usual, is money: Studios want to be able to charge higher prices for their discs in certain parts of the world without being undercut by imports from places where they sell them for less. As we move away from attaching entertainment to molecules and toward delivering it via bits, this too shall pass.

Everybody knows what a word processor and a spreadsheet are supposed to look like. But what about a firewall, or antispyware software? Is that jumble-o-bits you just downloaded and installed protecting your computer, or is it malware in disguise? “You can buy a $5 padlock at your local hardware store and count on it to secure your garden shed, because padlocks are manufactured to standards,” observes Melih Abdulhayoglu, CEO of antimalware firm Comodo and founder of the Common Computing Security Standards Forum.

But there’s no padlock equivalent for PCs. “Anybody can label any software ‘firewall’ or ‘antivirus’ and convince people to install it on their computers,” Abdulhayoglu says.

The CCSS Forum is working to establish baselines for features and performance in security software, as well as ways to develop objective ways to distinguish legitimate security vendors from bad guys–kind of a Good PC-keeping Seal of Approval. So far, however, category heavyweights like McAfee and Symantec have not signed on.

One VoIP service can reach pretty much any other phone service, thanks to standards such as the SIP and H.323 protocols. But if you want to send a message from Skype to AIM, Windows Messenger, or Google Talk, you might as well use carrier pigeons.

Third-party apps like Trillian Astra support multiple IM clients, but they give you limited access to the clients’ features and they require frequent upgrading. People have been talking about solving this problem for more than a decade. Can’t we all just agree to agree?

10. One Cell Network to Rule Them All

Imagine there’s no telecom; it’s easy if you try. No AT&T hell below us; above us only sky. Imagine endless spectrum, open to any device (oooh oooh, ooh-hoo-woo).

Yes, we are dreamers, but we’re not the only ones. Back in January 2008, when Google bid on the old analog TV spectrum at the FCC’s auctions, many people hoped the search giant would solve the headaches caused by rival cell technologies and control-freak telecoms by offering cheap, open, ubiquitous radio spectrum.

But Verizon and AT&T won most of those auctions, and an open cellular network has yet to emerge. We still hold out hope, though, that one day they’ll join us–and the world will speak as one.