Just like the startups it aims to help, Startup Canada’s national tour is taking a non-linear route to reach its final goal.

The non-profit organization’s cross-country tour was originally slatedto wrap uptoday with a penultimate stop in British Columbia, capping off amind-boggling seven-month trek to gather input from Canadianentrepreneurs about their hopes, challenges and needs.

Instead, the tour will officially end this Wednesday, Sept. 26 with afinal stop in Sudbury, Ont. Yes, Startup Canada already stopped inOntario a few weeks ago. And it’s now winding its way through B.C. aswe speak. But the tour will backtrack from B.C. to Ontario for a swinginto Sudbury due to back-to-school timing issues. 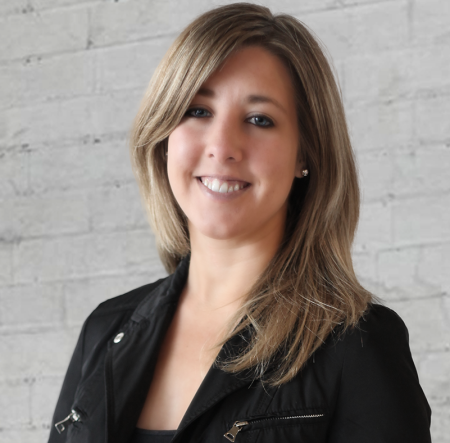 “Sudbury was always on the tour and planned for earlier in Septemberwhen we were in Ontario. But we wanted to make it as successful aspossible and school was just starting that week,” says Startup Canadaco-founder and CEO Victoria Lennox over the phone from B.C.

Tour organizers realized that many Sudbury entrepreneurs might be toobusy to attend Startup Canada events during back-to-school week becausethey’d either be attending the first few days of college or universitythemselves, or shuttling their kids back to their first classes of theyear.

The tour’s last-minute shuffle is a little puzzling given thatback-to-school activities in Ontario didn’t prevent Startup Canada fromstopping in Kingston and Ottawa that same week. Still, it’s a smallblip on the road to pulling off a massive logistical operation wherevolunteers, accommodations, travel, scheduling and day-to-day resourceshad to come together at various events so entrepreneurs could havetheir say on the support they need to successfully launch their ownbusinesses.

People from business, government and academia gathered at town hallevents during the tour to toss around ideas on entrepreneurship inCanada. In all, the tour will have visited 36 cities or towns in 10provinces.
“By the time it’s over we’re looking at just short of 20,000 (peopletaking part),” Lennox says. “It’s been fantastic. We’ve had more than200 organizations host us across the country. We’ve had more than 500volunteers help to run all of these events.  We’ve run morethan 200 fringe events across the country. Momentum has grown as we’vemoved across the country.”

Once Lennox and her army of volunteers recover from their cross-countryadventure they’ll be focused on turning the input gathered during thetour into a set of recommendations on ways to make Canada a moresupportive environment for entrepreneurs. Ultimately, Lennox hopes topresent those suggestions to prime minister Stephen Harper. She givesus a sneak peek at what the major points are likely to be.Surprisingly, the top concern may not turn out to be access to fundingafter all. When asked what issues cropped up during the tour, Lennoxanswers without hesitation.

“The need to create a more entrepreneurial culture,” Lennox says.“Finance is an issue, of course, but entrepreneurs have been reallyresilient talking about new investment mechanisms like crowdfunding.The value of mentorship and the success (rate) comes down toentrepreneurs connecting with one another.”

There have been lots of theories that Canadians are too humble to be competitive in business, or that we don’t celebrate our failures enough to be resilient in taking entrepreneurial risks. Perhpas the Startup Canada tour has given entrepreneurs themselves a major chance to speak up on the issue.

Christine Wonghttp://www.itbusiness.ca
Christine Wong has been an on-air reporter for a national daily show on Rogers TV and at High Tech TV, a weekly news magazine on CTV's Ottawa affiliate. She was also an associate producer at Report On Business Television (now called BNN) and CBC's The Hour With George Stroumboulopoulos. As an associate producer at Slice TV, she helped launch two national daily talk shows, The Mom Show and Three Takes. Recently, she was a Staff Writer at ITBusiness.ca and is now a freelance contributor.
Previous article
Groupon launches mobile payment service
Next article
Heins apologizes for RIM outages in Europe, Africa