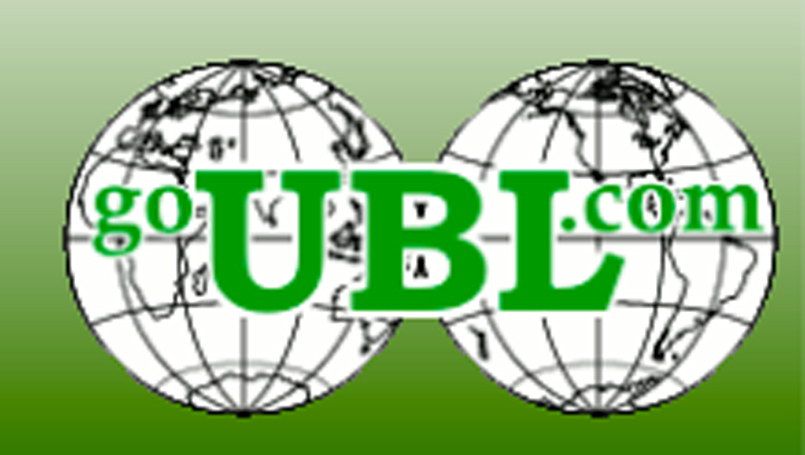 The upcoming trade agreement with the European Union (EU) promises to open up a whole new set of potential customers for Canadian companies that provide goods and services. But your electronic documentation system will have to be ready in order to take advantage.

One thing Canadian Companies may not be aware of, is that many of these countries are very far along in developing their part of an overall integrated e-commerce platform.  Within this platform, and in particular for public procurement, it is required to submit your invoice electronically using a global open standard for the content.

Of particular interest is the global open standard Universal Business Language (UBL) developed by OASIS and in use in over 190 countries.  UBL (version 2.1) defines in detail the electronic-machine format of over 60 business documents typically exchanged between businesses, from invoices and purchase orders, to shipping records.  This is on schedule to become an OASIS standard in November 2013.

As an example, the country of Denmark, in 2005, legislated the use of UBL (then at release 0.7 and now 2.0 is mandated) when invoicing the government.  Results since implementation have been very positive (A 2010 presentation by the Danish Government regarding benefits realized and lessons learned is published online.)

Now with UBL defining the standard encoding of the e-invoice, the second component of the platform was a mechanism that allowed all Danish companies, large and small, to submit their invoices electronically to the government.  What they built was a country-wide network and open-source software called NemHandel (Easy Trade).  Once deployed for government procurement, it was quickly adopted by businesses for domestic trade among Danish companies.

In the rest of the EU, a pilot project called Pan European Public Procurement OnLine (PEPPOL) was developed that allowed cross country procurement, and is now going forward under the name OpenPEPPOL. OpenPEPPOL encompasses both the document description and the networking protocols, again with open source software made publicly available, for companies and jurisdictions to quickly integrate with the open procurement network.

All members of the EU expect to have e-invoicing mandated by 2020, with many countries beating this date.  By 2014, the EU is expected to be a global leader in the networked economy.

So, how can Canadian businesses get blindsided?  Most of the EU is well down the path to implement e-invoicing.  Canada is only in the very early stages of exploring the implementation of such a system.  So it is entirely possible that if you win a contract with a member of the EU, you will be required to submit your invoice electronically, most probably using UBL or some other related standard – else you may not get paid in a timely fashion.

Put yourself in their shoes. If you receive an invoice from one of your suppliers and it is in PDF, what can you do with it?  If you received it in a machine processable format then you could integrate it.

There is much to do beyond having a standard and arranging for a transport mechanism for the invoice.  If Canada were to mimic Europe and create a country-wide e-invoicing network here based on Canadian requirements, there is deciding on which subset of UBL that Canada will use and there are legal and regulatory issues local to Canada to be resolved around e-invoicing.  Thus, development of such a platform is usually a task best completed at the country level or higher and should be vendor, software and hardware independent.

So, if the trade deal is completed, what is a SME to do if there is no such platform that has been developed by Canada?  Fortunately there is a very simple and inexpensive answer.  Many of the people involved in the development of Nemhandel and PEPPOL decided to develop a commercial version of the platform, based on UBL, so that other countries could elect to skip the implementation of a custom platform.  If there is a compelling reason for a custom platform, this commercial product could still be used as an early interim implementation.

The platform name is Tradeshift.  It is implemented as a SaaS in the cloud, and it’s use has rapidly spread to over 190 countries, including Canada.  If you were on the Tradeshift network as an integrated platform, then your suppliers could invoice you and you’d never have to deal with paper or PDFs.

What is involved in using this platform?

1) First, you need to sign up as a tenant on the platform.  This is free and takes only a few moments.  Once done, your may start generating e-invoices, for free, to all your customers. You may use the off-the-shelf web based interface (very useful for remote communities and companies with limited computing and internet access); use the Tradeshift API to develop an interface plugging directly into the back end of whatever custom system you are using; or if you are lucky, the vendor of the software you are using will do it for you.  As an example, the 5 million+ users of Intuit products will be provided with a back end interface to the Tradeshift platform.  Even large scale systems such as SAP have such a back end interface available.

2) If you want to invoice members of the EU, you will need a General Location Number (GLN) available through GS1 Canada. You will have to pay a yearly subscription fee that is dependent on the the amount of revenue you bill.  For a very small company with under $250,000 revenue, the license costs $60. This GLN is managed globally and uniquely identifies your company on the planet.  Entering this GLN into Tradeshift will open a portal to PEPPOL giving you access to all EU members.  The GS1 web site does not make explicit reference to a GLN, but a GLN is assigned to all entities that purchase unique bar codes.  Thus, to obtain your GLN, simply purchase at a minimum one bar code with an annual fee of only CA$60 and, upon receipt of it, ask GS1 what GLN was assigned for your entity.

Thus, you do not have to wait for your government to implement anything.  Tradeshift is free, Tradeshift’s bridge to PEPPOL is free, and PEPPOL itself is free, but PEPPOL has the prerequisite GLN requirement. The GLN charge is only to obtain the GLN, and is paid to GS1 Canada.  Thus, in under an hour, and for less than $100 per year for your GLN, you can start invoicing those who require a GLN for your entity, electronically, using the global open UBL standard.

Yes, but wait!  What if the company you are invoicing is not a tenant on this platform, or on platforms with no portals to Tradeshift?  Using Tradeshift to invoice your client will generate a PDF and email it to your client as an attachment. If, on the other hand, your client is a tenant on the platform, they will directly receive (electronically) a machine processable document in UBL XML.

SMEs in Canada need not be blindsided by the competitiveness of European companies already adapting to electronic invoicing in Europe.  Today Canadian companies can, and are, equipping themselves to participate in European government procurement by using cloud-based services and supporting open standards for interoperability.