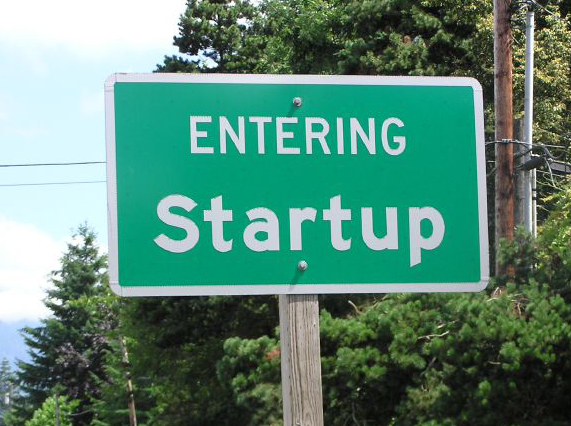 I work within a stone’s throw of Ryerson’s Digital Media Zone. As a result, I have had the chance to visit some start-ups there and even become friends with a few of the entrepreneurs. Robleh Jama from Tiny Hearts and Ali Ghafour from Viafoura are just two of them. Both of these business owners have given me valuable insights that I have been able to use in my professional journey so far.

However, it took a visit to the start-up scene in Bogota, Colombia – specifically Andrés Gutierrezco of Tappsi.co – to understand that there are three different reasons to start a company:  There is the good idea, the beautiful product, and creating a business to serve people.

Let’s take a look at these three types of businesses:

A good idea is what defines Viafoura. Earlier this year I interviewed Ghafour and chatted about his company (watch my full feature interview here). The problem that Ghafour and his team have been solving since they started a few years ago was how to improve engagement on major online publications. When Viafoura started Ghafour was frustrated that his favourite online blogs and websites (mainly sports) didn’t have the breadth of engagement that he was experiencing in online forums. He was looking for debate,, not just between the writer and the audience, but between the audience themselves. And more than that Viafoura believed that tools such as real time video could be one of the ways to accomplish that.

The benefit, in short, to their clients (online publishers) would be that an increase in engagement would lead to longer time being spent online. More time online could result in more page views which would then help the publisher sell more ads and drive calls to action.

Does Viafoura really serve people? In a sense, they do by giving people a better online experience. However, as great an idea that Viafoura is, the day before they entered the marketplace isn’t so much different than is it today.

Jama and his team at Tiny Hearts only know beautiful. The award winning studio recently released Wake. If you’re an iPhone user you’ve probably used (they are a top selling app) this app. Wake is an alarm for your iPhone that is beautifully designed. There are dozens and dozens of alarm apps in the App Store. So why another one?

“I saw that there was room for an alarm that brought something new in terms of UI design and functionality,” explains Jama.  “The goal was to build a simpler, more beautiful alarm that would wake you up no matter your what. We simplified the alarm setting process by focusing on a well known metaphor. You set alarms in Wake with the spin of a dial kind of like the original iPod click-wheel. We added in a few unique options for turning off alarms. For light sleepers, all you need to do is slap to snooze or flip your phone to turn off your alarm. And for heavy sleepers we have the shake mode that forces you to shake your phone.”

“We were unable to find a taxi after trying to haul one for 10 minutes,” says Gutierrezco, the co-founder of Tappsi.  In starting Tappsi, Gutierrezco didn’t see an opportunity to create a something cool. In fact, the story behind Tappsi isn’t cool at all. However, Tappsi is a solution to problems beyond just another Taxi app. In fact, Gutierrezco was familiar with Uber and other taxi-hailing apps. So the reason to start Tappsi wasn’t to be the first taxi app in the Latin American market. It was safety – for both the driver and the passenger.

“One of the main problems that drivers told us about was being robbed at the end of the night,” says Gutierrezco. “In Colombia, you can only pay for your taxi ride with cash. so at the end of the ride, drivers have a lot of cash on hand. With Tappsi, we hope to alleviate this problem through mobile: A cash-less taxi.”

There are probably more than three types of business. You might read this article and identify one or two that you relate with. More importantly, however, is understanding that really successful start-ups (who grow up to be enterprises) most likely employ a combination of these (and other) characteristics. The company itself or the product(s) they build are based on the foundation of: a good idea and they are designed and built beautifully while striving to serve the needs of as many people as possible.

Why does your start-up exist?