In the past, the typical way of exchanging invoice data was to generate a paper invoice at the supplier end, and use the physical mail system to facilitate the exchange of the document.  Variations of this included generation of a PDF and exchanging the document using an e-mail system with the PDF attached.

Any reasonably sized customer would then be saddled with a significant problem – moving the data off the paper or PDF into their mechanized systems (typically proprietary) that will process the data.  Methods to accomplish this includes re-keying/error correcting the data, or performing a Scan/OCR/error correction process.  In Canada, a very conservative estimate of the costs to process a single invoice from paper or PDF is $10 (based on European estimates of €7-15 per invoice).  A customer that had to process a huge number of invoices (e.g. the Canadian Government has to process millions of transactions) could incur significant expense doing nothing other than re-creating data in electronic form that used to be in electronic form at the supplier end.

Thus the implementation of an infrastructure that could support the electronic exchange of invoice data in a globally open way could greatly benefit all organizations that had to process very large numbers of invoices.  But what of the small to medium sized organizations – the very backbone of businesses in Canada.  If you are an organization that only sends out a few invoices per month, are there benefits for you as well?  Fortunately there are more benefits beyond cost savings in data input savings for the customer.

First let us examine such an infrastructure, and then use a specific example of what is already accomplished.

In any exchange of documents between a customer and a supplier, we require an infrastructure that provides two key components:

Fortunately, most of the work to come up with a global standard open form for the e-invoice, and over 60 other business documents, has been accomplished by OASIS. The Universal Business Language  is flexible enough to include your own business objects and XML syntax as extensions. It is also structured in such a way that you can make your own business documents utilizing a common library of business objects.  UBL has been adopted as a cornerstone for electronic commerce in many countries (not yet Canada).  UBL 2.1 has just been approved as of November 4, 2013 adding 34 new document types, bring the total of document types supported to 65.

Many countries have now adopted UBL as their standard form for their e-invoices. It is reasonable for the construction of any document exchange infrastructure to be tackled at the country level, due to the project size and the implications for that country to remain competitive on the planet.  There are two ways for a country to move forward on this document exchange infrastructure

Examples of the build option are found in Denmark and the EU where they built customized solutions:

Denmark constructed an infrastructure called Nemhandel (Easy Trade).  Initiated in 2005 (based on UBL 0.7), it was initially implemented to allow all suppliers to invoice the government of Denmark using UBL (which they had to do by law).  As the use of this system grew, suppliers found they could also invoice any business on that system.  As of today some 175,000 private companies have used Nemhandel, and the government reports savings of €500M in just the first 5 years.

The EU constructed an infrastructure called PEPPOL (Pan-European Public Procurement Online).  Initiated in 2008, this project has been developing and implementing the technology standards to align business processes for electronic procurement across all governments within Europe, aiming to expand market connectivity and interoperability between eProcurement communities.

Just recently, Poland announced the connection to the OpenPEPPOL network as a cornerstone of the Polish national e-Invoicing implementation strategy.

As UBL becomes the de facto standard for electronic commerce, we will see a number of companies offering off the shelf platforms supporting UBL.  We will take a look at one of the products first out of the gate – Tradeshift.

Many of the developers involved with the construction of Nemhandel and PEPPOL recognized an opportunity to build a common commercial platform, based on UBL.

They formed a company in Denmark called Tradeshift, now with world headquarters in San Francisco that supplies such an infrastructure for exchange of UBL documents, implemented as a SaaS in the Cloud.  This cloud based infrastructure is now installed in over 190 countries (including Canada), and provides portals to existing  custom infrastructures such as NemHandel and PEPPOL.

Such an infrastructure is a key requirement for the move to electronic invoicing.  The challenges to implementing such a solution are:

Fortunately UBL is designed from scratch to plug into the back end of existing electronic systems dealing with the procurement cycle.

Tradeshift provides connectors that allows software providers  (e.g. SAP, Peoplesoft, Intuit) to develop direct interfaces into their software that allow both importing and exporting of UBL e-invoices into their system. Providing this functionality can be basically invisible to the user of these system, hence, with minimal software changes, there appears to be no change to the current workflows for the users of the system. As an example, Intuit  is proceeding with giving their 5 million+ users a backend interface to the Tradeshift business platform.

The value of this infrastructure is proportional to the total number of users.  The more customers a supplier can reach, and the more suppliers a customer can reach, the more valuable the system becomes.

Tradeshift experience to date demonstrates a number of benefits for the small to medium size corporation.  The following are some of the features that have been implemented on the Tradeshift platform with costs ranging from free (for e-invoicing) to fees for higher level functionality typically required by customers dealing with huge numbers of invoices.

Thus, although a large customer might initially get a huge cost savings from the transition to e-invoicing, both customer and supplier can indeed benefit from an infrastructure supporting a single global standard, on interconnected exchange platforms. 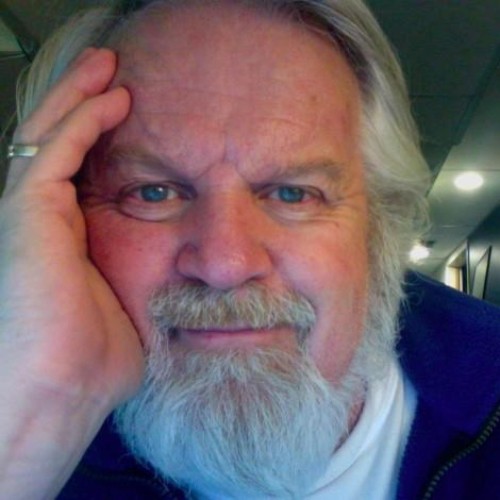 Hugh Chatfieldhttp://CyberSpace-Industries-2000.com
Hugh Chatfield has 47+ years of experience in the IT domain. A ¼ century of this work was with the former company Nortel, in R&D, Manufacturing and Business Systems in positions ranging from systems engineer to Member of Scientific Staff to senior management. In 1993 he joined Microstar Software's consulting division to work with Standard Markup Languages (SGML and XML). In 2000, he left to become President of his own company - CyberSpace Industries 2000 inc. providing XML training and consulting services. His company is a founding member of the goUBL business ecosystem to promote the use of the Universal Business Language (UBL) in North America. UBL is an OASIS global standard for the global exchange of electronic business documents.