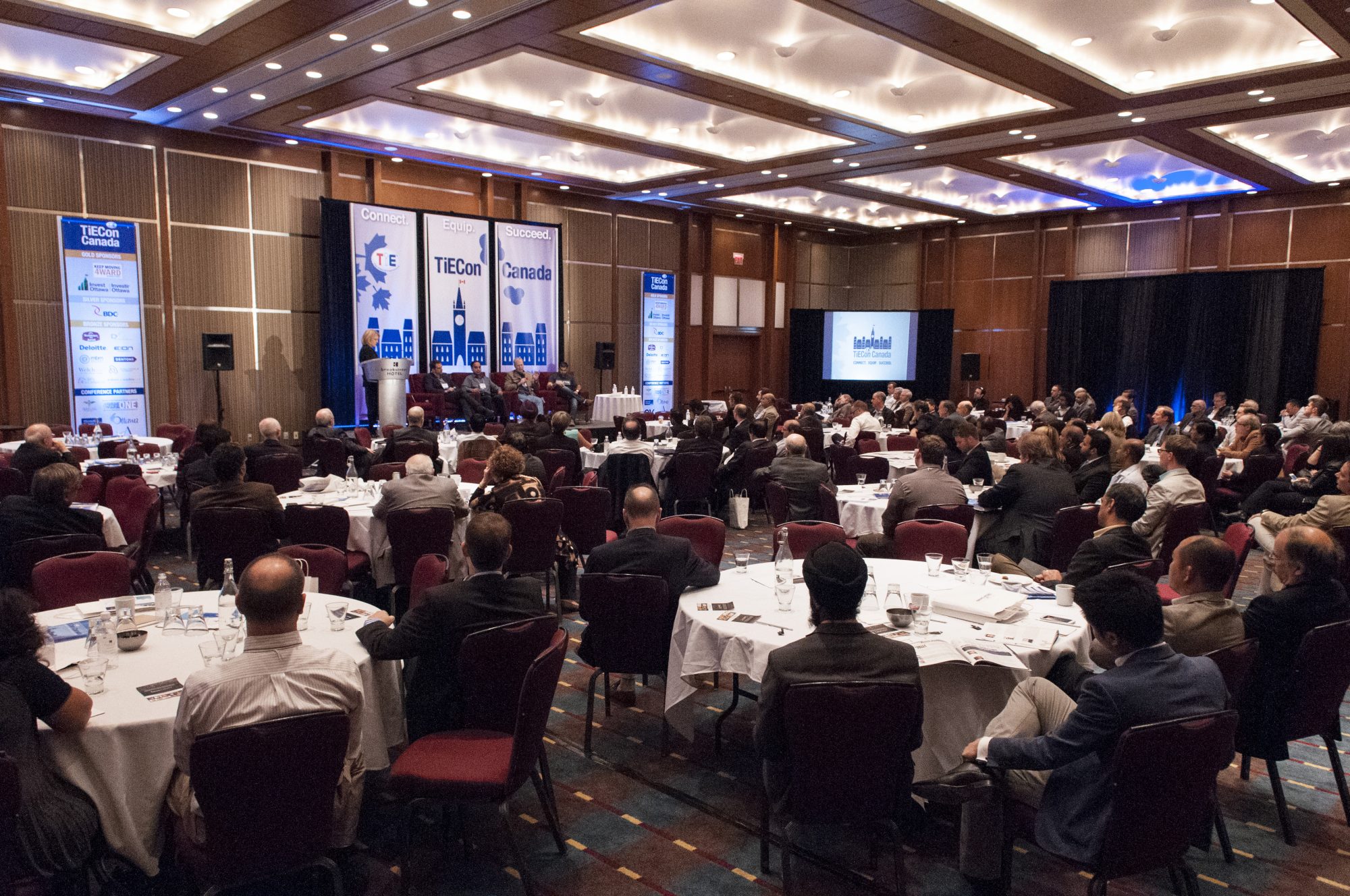 I spent a day and a half at the end of last week at a great event that lived at the intersection of entrepreneurship promotion and full-contact networking, and it all happened in Ottawa, a startup city that, unfairly, seems to play perennial second fiddle to other Canadian centres of startup activity.

The event was TiECon Canada, the first-ever Canadian iteration of the legendary networking conference sponsored by TiE, one of the largest associations of entrepreneurs and business people in the world, and it was a sold-out affair bringing together local, national and international entrepreneurs, investors and others. Featuring standing-room-only panels and boisterous corridor sessions, the conference also presented the first startup pitch competition Ottawa has seen in a few years and it heard from a number of keynote speakers, both successful entrepreneurs sharing their stories and investors providing advice on how to raise financing.

Conference co-chair Claude Haw told me the event was organized to “celebrate (the TiE Ottawa chapter’s) 10-year anniversary by bringing together entrepreneurs from across the continent to take local entrepreneurship to the next level. This type of event is very important to the health of the region and TiE Ottawa picked up the ball and ran with it.”

Founded in Silicon Valley in 1992 and originally embracing entrepreneurs of Indus, or south-east Asian, origin, TiE now boasts a multinational membership of 11,000 people in 60 chapters across 17 countries, including Canadian chapters in Ottawa, Toronto and Vancouver. TiE’s mission is to foster entrepreneurship globally through mentoring, networking, and education.

I’ve been to TiECon events in Boston in the past and so had some foretaste of the one of the real benefits of such an affair, the opportunity to connect with entrepreneurs and investors. As Haw put it, “ear plugs (were needed) during the networking sessions because everyone was actively engaging with others – meeting new people, helping connect others and generally enjoying the interactions.”

Five companies, three from Ottawa and two from Toronto, competed in a pitch fest, with the $50,000 first prize in cash and services going to Toronto’s Unhaggle, a service that seeks to get you the best price on a new car without ever having to deal with a car salesman. I first saw Unhaggle about a year ago when it had a network of only a few Toyota dealerships and was blown away by how much progress the company has made in the year since. It was my first choice among the five, so I’m not surprised to hear it also carried the judges. Remay, an Ottawa company that has developed a solid shaving bar for women, came second while Mobiroo, a Netflix-like service that gives users unlimited access to a library of apps, was third.

For Haw, the benefits flowed to all classes of attendees, as well as to the city itself. “Entrepreneurs got access to a broad global network, interacted with potential investors and mentors, and (gained) motivation to keep up the push to change the world. Investors got access to some of the leading entrepreneurs in Canada and heard about the latest trends. Others, (such as) service providers, media and government, got to interact with leading entrepreneurs and investors.”

TiECon Canada sold out days before it started, leading inevitably to questions about where and when the next edition will be held. Neither Haw nor TiE Ottawa chapter president Bharat Rudra had any doubt there would be further TiECon conferences in Canada, possibly even two per year, although Rudra said it’s too early to say where and when.