Thanks to the rise of smartphone and tablets over the last few years, consumers have been bombarded with millions of different apps. Some of these are sublime and have dramatically improved people’s quality of life, while others are utterly ridiculous, bizarre or don’t appear to serve much purpose at all. We at Fueled, are in a good position to know. In this article, we take a look at those apps which fall into the latter category. Here are some of the most out of the ordinary, random or downright useless ones we could find. 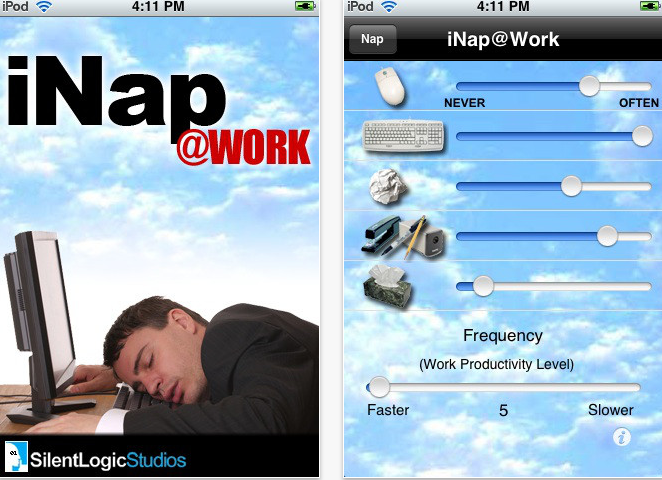 I can’t quite figure out whether this app is genius or crazy, but the premise is certainly amusing. iNap@Work is a tool which has been invented for those of us who are just too lazy to work. That makes it sound like it could be very popular, but the app doesn’t actually decrease your workload, it just might allow you to get some much needed nap time when you should in fact be working.

You can preset the app to play certain sounds such as typing, clicking or stapling to make others think you’re still getting down to the job, when in fact you’re getting 40 winks. Whether or not this would fool anyone though is clearly open to debate. 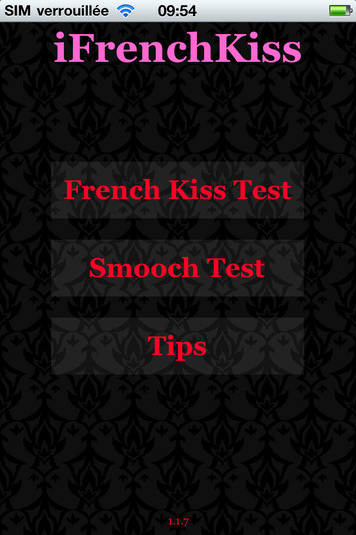 Ever worried about being a bad kisser? Scared you might be putting off potential partners for not smooching right? Worry no longer! iFrenchKiss is here to save your embarrassment!

But seriously, this ridiculous app, which probably says more about its users than it does about its developers, analyzes your technique as you kiss the screen and gives feedback. One might surmise that it would be more embarrassing to be seen kissing the screen of your iPhone, than it would to be known as a bad kisser. Just saying. 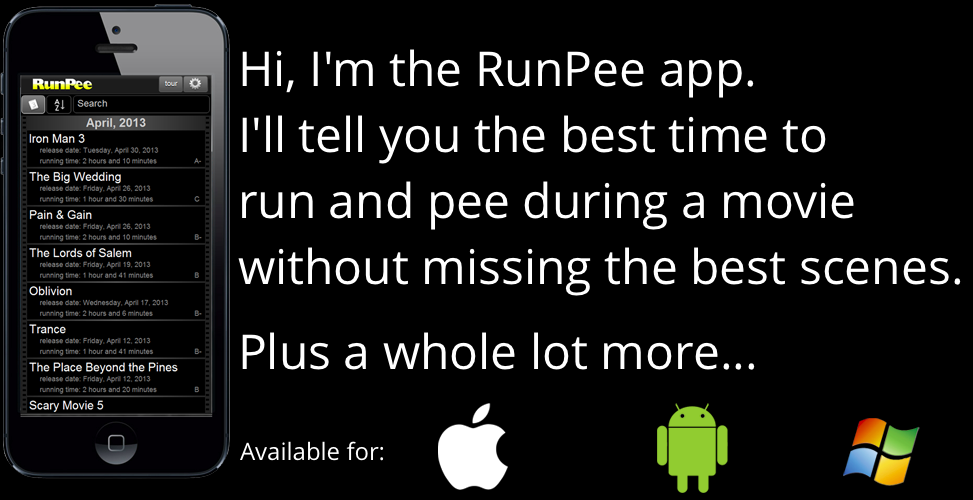 Hate that moment when you desperately need to rush to the bathroom in the middle of a film? Don’t want to miss an exciting moment or potentially pivotal scene? Well, now you’re in luck, as this rather bizarre but possibly ingenious app, RunPee, will tell you the best times to dash off, so as not to miss something you mustn’t! 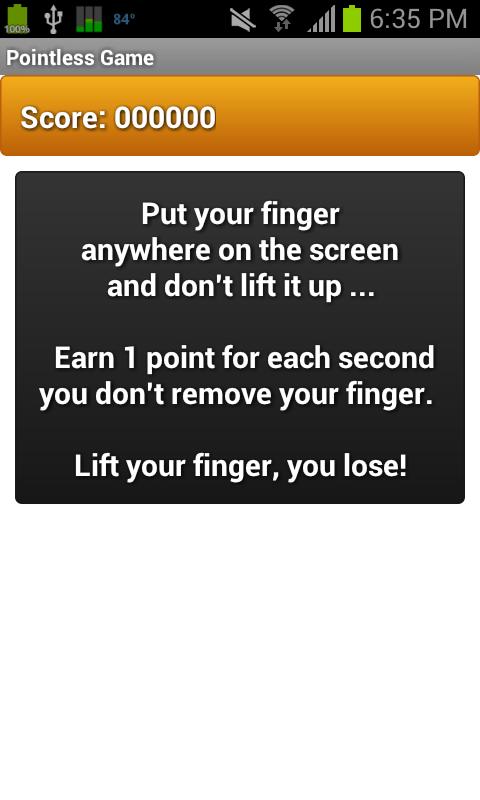 Everyone loves a decent game app. Trying to beat your high score, or competing with your friends, is a great way to kill some time during the dull commute to work or home. However, this app is not one of those decent games. Not at all.

I guess the clue is in the title. It’s completely pointless! Here are the instructions of the game for you to judge: “Put your finger anywhere on the screen and don’t lift it up….Earn 1 point for each second you don’t remove your finger…Lift your finger, you lose!” Ahem, er…fancy a game?

5. Crack My Screen (Free on Android) 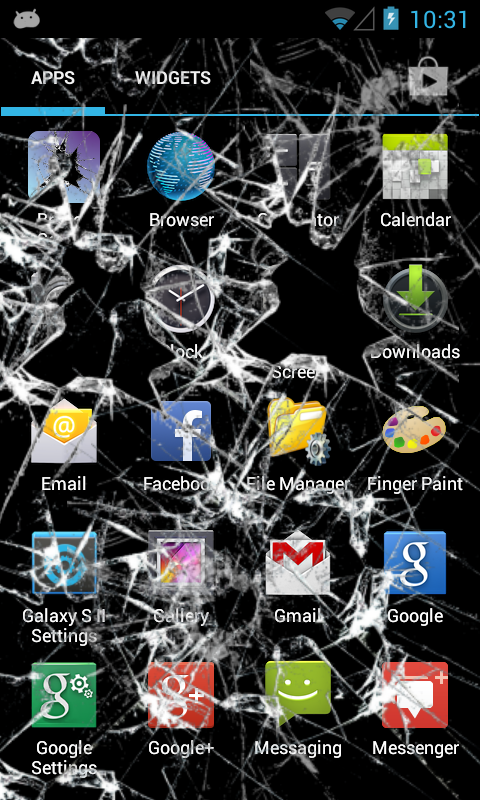 It’s the worst feeling when you crack the screen on your smartphone. For 10 minutes or so, your whole world comes crashing down. Now, though, you can prepare yourself emotionally for those traumatic moments with Crack My Screen, a mostly useless app which will allow you to simulate as much damage as you like to your screen, without actually breaking anything. Good for a practical joke perhaps, but not much else!

Perhaps it’s true when people say there is an app for absolutely anything.