9 things you need to know from Adobe Max 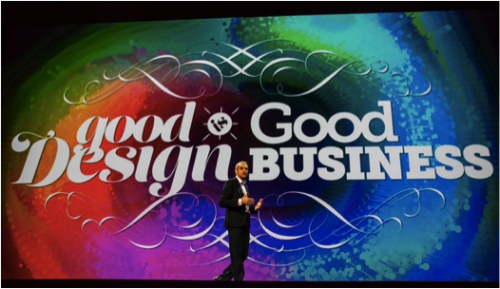 At its annual Adobe Max creative conference in Los Angeles earlier this month, Adobe Systems Inc. released new mobile apps and enhancements to its desktop Creative Cloud applications along with a new Creative Profile that lets creative professionals work seamlessly across all applications and from mobile to desktop and back. Here are some of the highlights of what was released at Max. 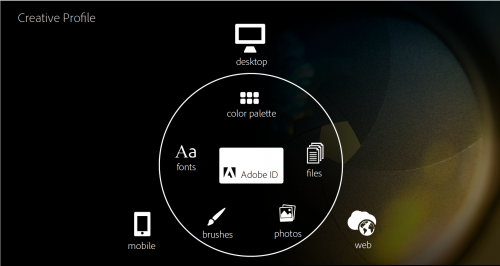 Adobe’s new Creative Profile is a central repository that stores all your creative assets, including files, photographs, graphics, fonts, colours, brushes and shapes. Logging into Creative Cloud on your desktop, smartphone or tablet gives you access to your Creative Profile and your work moves with you from app to app and from device to device. (Image: Adobe) 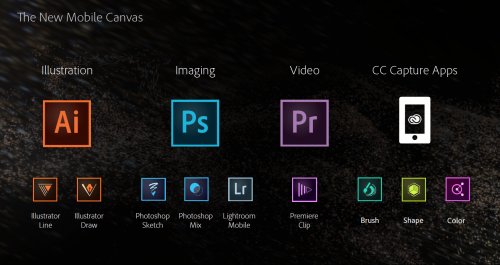 A family of six new apps extend to mobile the capabilities of the desktop versions of Photoshop, Lightroom, Illustrator and Premier, allowing you to work on mobile devices while maintaining full fidelity and uninterrupted workflow between mobile and desktop. (Image: Adobe) 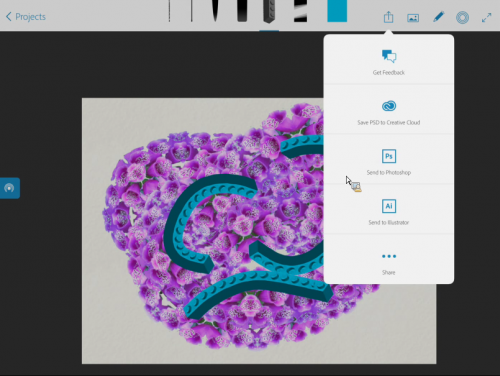 Three new mobile “capture” apps let you grab elements from the environment around you and use them in several other Adobe desktop or mobile apps. Brush, pictured, lets you turn everyday objects into new brushes. Shape converts a high-contrast photograph of anything into vector art that can be imported. And Color creates a novel palette based on a photograph of something in your environment, such as tree in Autumn, a sunset or a brick wall.  (Image: Adobe) 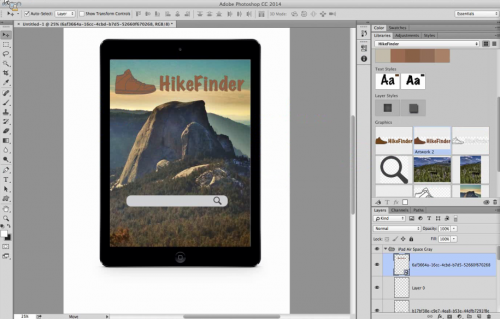 Creative Cloud Libraries is a new asset-management capability that lets you group creative assets by theme, project or other criteria. Working across applications and devices, Libraries means you always have the assets you want at your fingertips. (Image: Adobe) 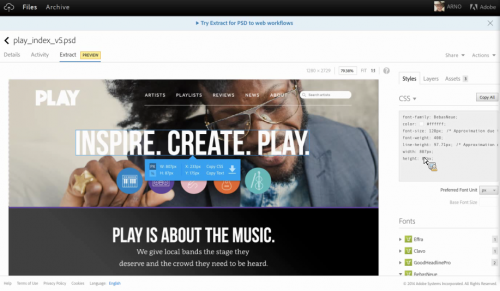 Creative Cloud Extract is a cloud-based tool the greatly simplifies the creative journey from web design to development. Developers can unlock the design information contained in a PSD file and swiftly incorporate it in their code. (Image: Adobe) 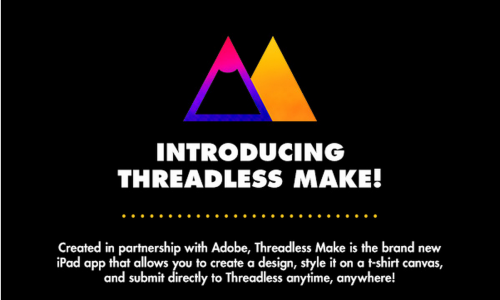 Adobe unveiled the public beta of a Creative SDK that lets developers create third-party apps that connect directly to Creative Cloud. Max attendees saw one of the first such apps, an iPad app from t-shirt company Threadless that lets you access all your assets while designing a t-shirt and then upload to to the company’s site. (Image: Threadless) 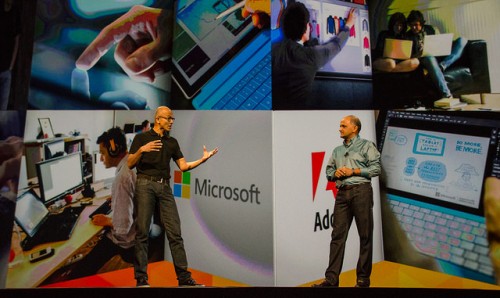 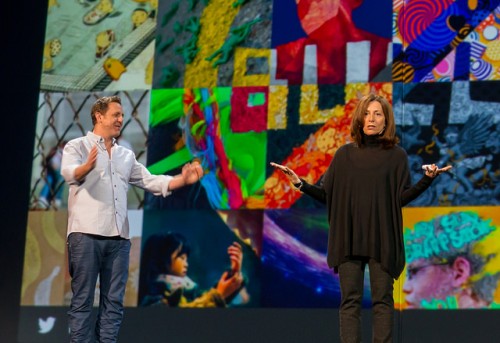 Among the keynote presentations at Adobe MAX was an emotional and moving talk by filmmaker Lee Hirsch, left, whose film, The Bully Project, draws attention to, and seeks to reduce the impact of, bullying. Adobe chief marketing officer, Ann Lewnes, right, joined Hirsch on stage to announce the Adobe Bully Project Mural to encourage artists to share their stories and perspectives on bullying. (Image: Adobe) 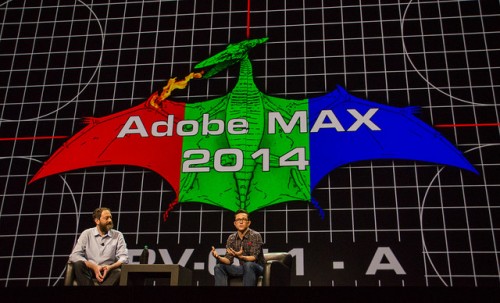 The concluding highlight of Max every year is its Sneaks event at which the company previews skunkworks projects that may or may not find themselves into products. This year’s event, hosted by Adobe senior director of customer learning Ben Forta, left, and actor, director and screenwriter Joseph Gordon-Levitt, showed off, among other things, a number of new ways to improve photographs, a visual speech editor, and a video-editing app that converts jump cuts and pauses into smooth transitions.