I had a chance recently to work out with a CEO. And not just any CEO. This one happens to be a graduate from the University of Waterloo in Mechatronics. He’s also the CEO and co-founder of Toronto-based start-up, PUSH: Rami Alhamad.

Why did I work out with him? Well, he knows I’m interested in wearable technology. And to be honest, I’ve always been a little bit skeptical about how effective a band on your arm could be in measuring your bench press or squats. However, that’s not why we I agreed to meet him. I’ve been trying to lose weight for quite some time. And I knew that strength training was going to have to become part of my personal fitness routine.

I had nothing to lose so I arranged to meet him for a workout at the local fitness club during lunch.

Before starting the workout the first thing I had to do was tell PUSH what type of exercises I wanted to focus on. there are three option: Speed, muscular endurance and strength. For the purposes of testing the device Alhamad and I decided to pick the “strength” option. 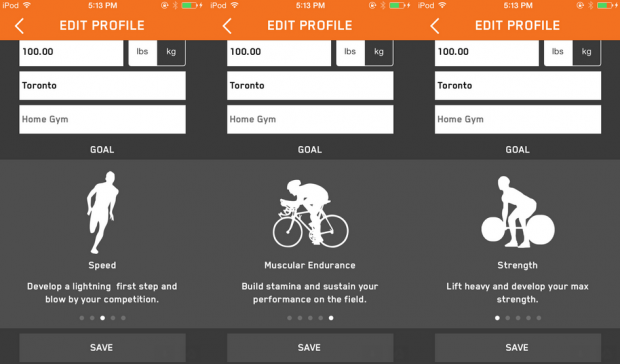 The PUSH armband is a lightweight device that can be worn on the forearm. It’s not intrusive at all and at times I forgot that I was wearing it. To engage the device all I had to do was press a small button on the side. That was it. First exercise: Squats. 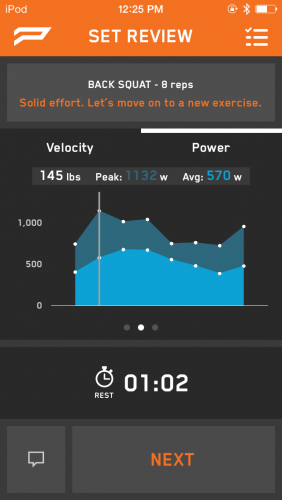 As you can see from the graphics above, the PUSH device measures both the velocity and power of my exercise. I had to initially tell PUSH how much weight I was lifting so that the device could measure the impact of my workout properly. When I was done my reps the device gave me a timed rest before prompting me to begin the exercise routine once more. As soon as it detected that I had worked “hard enough” PUSH prompted me to move on to my next exercise. which in this case was the bench press.

After my first bench press set, PUSH actually prompted me to increase the amount of weight I was working out with. After two sets at the new and increased weight, PUSH told me that I had worked hard enough. 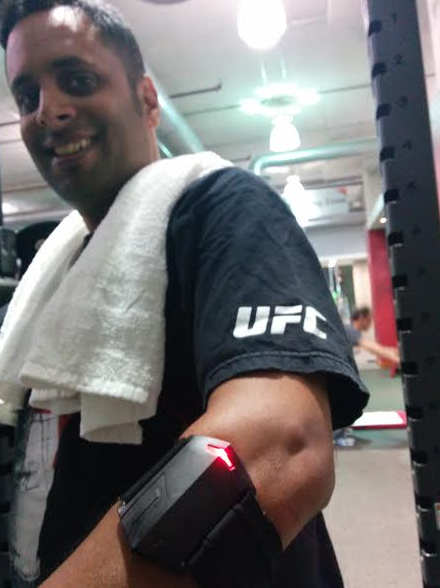 In the past I have used a notebook to keep track of my exercises and how I felt during the routines. PUSH makes the workout notebook obsolete. And it knows exactly how much weight, reps or sets I am doing during every single workout. Once it detects that I can do more it will prompt me to increase weight, reps and/or sets. So, as I get stronger or even faster, PUSH will prompt me to increase the level of difficulty.

The question now is, would I consider using PUSH on a regular basis? My exercise goal is still to continue losing weight. I’ve dropped down to 170 lbs from a high of 185 a year ago. However, I also know that getting stronger and increasing my my endurance are both important to me in becoming a healthier person. Also, there are not that many insights that a scale can give me besides my weight. So yes, PUSH would be something that I would strongly consider using.