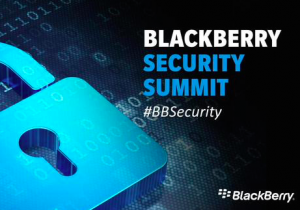 The big announcement at the BlackBerry Security Summit held in New York today focused on the sheer size and scope of the Internet of Things (IoT) and BlackBerry’s focus on winning in that market.

It was a convincing presentation by CEO John Chen and his team, but not really news. BlackBerry had indicated that it was on this track some months before. But as I pointed out in an article for IT World Canada, the remarkable thing was not the announcement itself, but the credibility of BlackBerry’s argument that it might actually have the capability to achieve its vision.

If there were no big announcements, other than the recent acquisition of AtHoc, the presentations raised issues that companies of almost any size should think about – some related to IoT, some to security and some are lessons from a talented CEO engaged in a tough turnaround of what was a failing business and broken business model.

The first is the importance of security for companies of any size and in any vertical. As we sat in the audience watching a BlackBerry executive show how easily a medical device could be hacked, it was hard not to think that somewhere in the web audience watching this sat the person who manufactured the device or its software components.   I didn’t imagine them to be smiling.

The fact is that your corporate reputation can be smashed on a worldwide scale if you don’t pay attention to security. We’ve all heard the stories that it was a business partner that provided the weak link that was exploited to gain access to Target’s systems. As BlackBerry CSO, David Kliedermacher mused – hackers “exploit the soft underbelly” and “move from there to the more secure parts of the enterprise.”

Assume you will be hacked

Second, assume all information could end up being posted on the Internet by a malicious hacker. Chen joked about not knowing what Ashley Madison was until someone explained to him why the leakage of information was particularly damaging.

As CSO Kleidermacher pointed out, even large enterprises “are losing the security battle. We’re adding too much complexity.” According to him, enterprises are asking the question, “how do we get to a place where enterprises can be confident in their enterprise security.”

Businesses of any size can’t afford to be the demonstration of how easily something can be hacked. They don’t want to be the “soft underbelly” – and in particular, they never want to explain to their customers how sensitive information was somehow leaked. The concept of data security is important to corporations, but for the employee and customer, privacy is also important in some context. We may not be concerned about what companies know about our behaviours that we think are innocuous. But that can change when we might feel threatened or embarrassed by the leakage. And with 40 million names on the Ashley Madison database, it’s unlikely that the customer will think this through until its too late and they are a lost customer or part of a class action lawsuit.

This should be a wake-up call for businesses of any size to pay close attention to security. As Kleidermacher also pointed out, “Enterprises need to simplify and to rely on a smaller number of trusted providers.” Maintaining that trusted status is critical to the survival of many companies – big and small alike.

The good news, also stemming from the BlackBerry Summit is that there are some interesting tools out there that have or will soon be making their way to even smaller enterprises that can make security easier to manage. BlackBerry’s BBM is one example of an offering that brings secure messaging to any size enterprise. The new BES 12 is also offered on a subscription model – allowing companies of any size to effectively manage mobility even with a wide range of devices in a BYOD program.

Simplify – security cannot be a barrier to productivity

But it’s not just cost – BlackBerry execs emphasized the need to simplify security and ease of use. Those innovations will percolate down to businesses of any size. Mobile devices, once regarded as security threat, are now being used to provide efficient identity management. Collaboration tools and file sharing, often seen as impossible to control, may have some new tools as BlackBerry’s Watchdox provides a way to securely manage even unstructured data and content.

BlackBerry’s stated aim to pursue “line of business” solutions that resolve “real business problems” may be a very welcome focus for those who are looking for enabling solutions for particular verticals.

Another message from the summit? The Internet of Things (IoT) and the related concept of Machine to Machine (M2M) is a reality that is fast upon us. In fact, there are a number of solutions that are already on the market. This presents business with a double-edged sword. This technology is difficult to ignore – it’s embedding itself into everything from alarm systems to automobiles. But IoT, as was clearly demonstrated, is very immature in terms of security.

That presents a lot of opportunity. As a market, even in these times of slow growth, the predictions for IoT and M2M are staggering. According to estimates, the economic impact of IoT will be at $11.1 trillion by 2025. It will require an estimated $4.3 trillion of technology. There is a real opportunity here for Canadian businesses to win in this market that incorporates some areas where we are strong and present – intelligent cities being one.  It’s also an area where our failure to invest in infrastructure could compromise us as a nation.

Businesses should also be watching for opportunities to leverage these new technologies as they hit the market. In industries from retail to transportation leveraging sensors and machine collaboration will be key to delivering the efficiencies necessary to compete on a global scale. But as enticing as they are, these devices need to be implemented thoughtfully and with an appreciation of the risks involved. IoT devices, as we clearly demonstrated, are easy to hack and the consequences of that hacking can be enormous. As much as they are prone to malicious use, they can also just simply fail. Businesses of any size have to understand their exposure and evaluate the risks of any IoT solutions, especially in this period of high growth. Every business has to at least consider developing an IoT strategy.

A final message that business can take from the BlackBerry Security Summit has little to do with security and everything to do with how companies can compete. Whether Chen pulls off the turnaround of the century or not (at least in Canada), he has worked miracles with BlackBerry by following some basic rules that every business knows – but doesn’t always follow. Every business has to constantly re-examine where it should focus and have no sacred cows. When disruption occurs – and it will – you have to be willing to totally re-examine your business model, leverage your strengths and sometimes painfully, demand that your core products survive because they make a contribution, not because they’ve always been there. Chen’s insistence that handsets at BlackBerry “must make a profit” is a clear example of the old story of “how you ride a dead horse.” The answer? You don’t. When the horse is dead, get off. In corporate parlance, how do we know the horse is dead? When it can no longer sustain itself.

You need a team

Another lesson from Chen? You don’t need bluster or oodles of charisma to succeed in a turnaround. You need a team a team that is prepared to work hard. It was so interesting to watch Chen exercise such quiet authority at the Summit. Soft-spoken and even, by his own admission, a little “too casual.” But Chen was surrounded by a first class team that it’s clear that he has no only attracted but retained. He had no problem stepping out of the spotlight, but there was never any sense that he was ever not in control.

Those are some of the lessons and reflections that I got from watching this most interesting event. If you want a more technical view of what BlackBerry’s Summit means at the enterprise security level, check out my post in itworldcanada.com. But equally, I hope that these observations provide some food for thought as well. Let me know what you think in the comments section below.