As I mentioned in my first blog, one of the trends to watch according to Shawn DuBravac, chief economist of the Consumer Technology Association, is the increasing use of voice user interface (VUI). Speech recognition has improved greatly to almost 100 per cent comprehensibility and it is touted to replace the traditional graphical user interface (GUI). This development has resulted in an ever-growing and competitive voice-enabled intelligent assistant arena with products such as Apple’s Siri, Amazon’s Alexa, Microsoft’s Cortana and Google’s Assistant. According to DuBravac and others, Alexa is leading the pack.

While Amazon was not at the Consumer Electronics Show (CES), its voice enabled virtual assistant Alexa was. Judging by the number of devices using its voice interface, it was the star of CES. Previously Alexa was only on Amazon’s Echo speaker and a few other devices, but this has drastically changed over the last year. It’s use has exploded!

Why does Alexa have the advantage over other voice assistants?

The main reason is that it uses an open architecture that is easy to integrate with electronic devices as a voice interface. There were many Alexa-compatible devices at CES: cars  (eg Ford and Hyundai), smart appliances (from Whirlpool and LG), and many more. According to DuBravac, Alexa is already in use in over 1, 500 products and growing every month. The wide use is amazing considering Alexa was released only two years ago. But Alexa can’t rest on its laurels. Google’s Assistant is a serious competitor as Google has a lot more experience in answering questions than Amazon.

Other products that may appeal to seniors and household owners 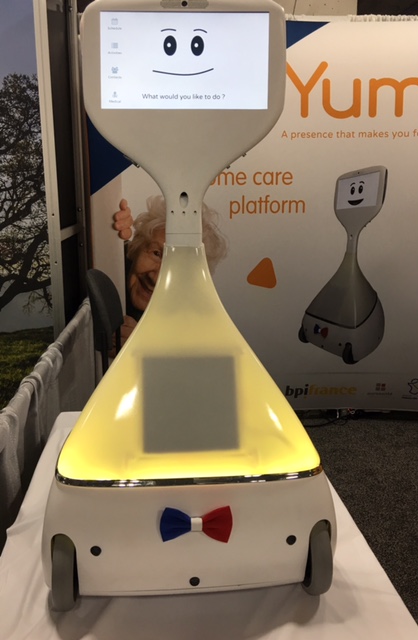 Yumii is described as robot helper that assists seniors in managing everyday life. It works through voice command and has features that will assist the elderly. While it doesn’t do boring tasks like vacuuming, it can arrange doctor’s appointments, remind seniors to take medication, access contacts, video-call relatives, and much more. According to the people in the booth, Yumii provides companionship which is needed as senior’s isolation has resulted in increased mortality rates. It will be available at the end of the year at a projected cost of $60/month. 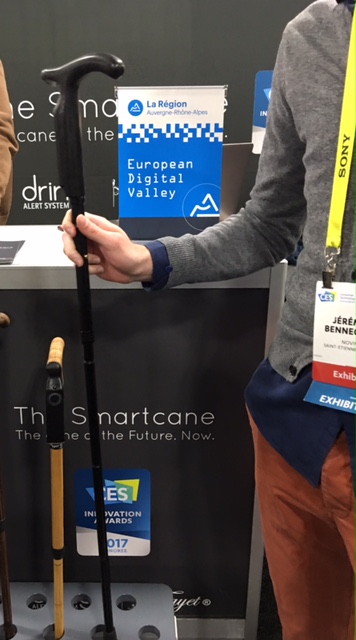 The Dring Smart Cane is for those needing a mobility safety device such as the elderly. My first impression was that it looked a bit odd; like a stick with a camera. On closer inspection, it does have useful functions. While it doesn’t count steps, it does alert a third party when the person has fallen and with the built-in GPS on the device it can provide the location of its user. The GPS feature can also let loved ones know if a person has left a specific area or act as an alert when the button is pressed. The smart cane will ship by end of the year and no price point was available. 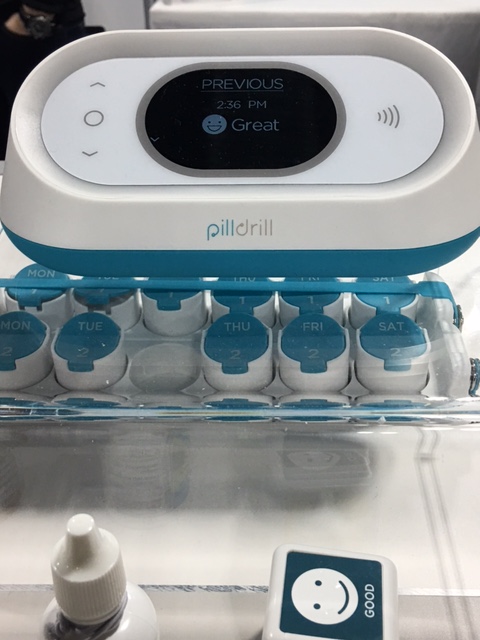 Pilldrill is a smart medication tracking system currently on the market for $199. It helps to simplify medication oversight by sending reminders to the user and caregiver, tracking when the person took the medication, while monitoring how s/he is feeling, and maintains a connection to the  caregiver. This system was designed with the goals of allowing more independence, reducing the nagging from loved ones and helping to ensure that the correct medications are taken at the right time. The app has no additional fees and can be used to create/edit personalized medication schedules and provide timely reminders or log on the go. 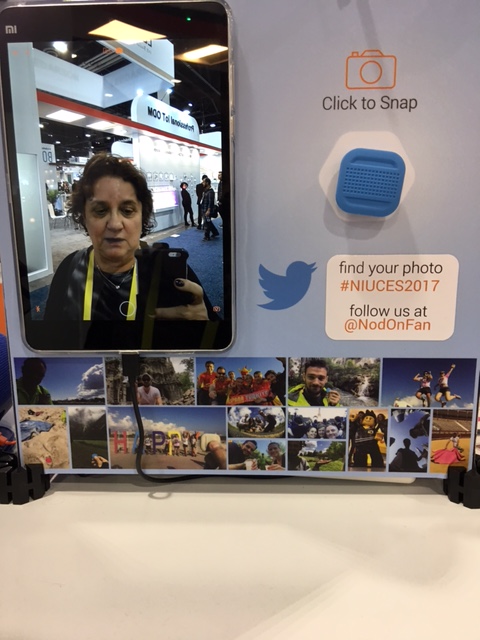 Niu is one of a number of smart buttons shown at CES that works only with smart phones and not with other connected devices. It is the simplest to use and seniors may want to use it to simplify interactions with their smart phone. It works through single or double press or a long press to do various functions on your smartphone, including the ability to do so without taking the smart phone out of your pocket. The feature they were demonstrating at CES is taking selfies without a selfie stick using the Niu. It comes in several colours and retails for $30 on Amazon. 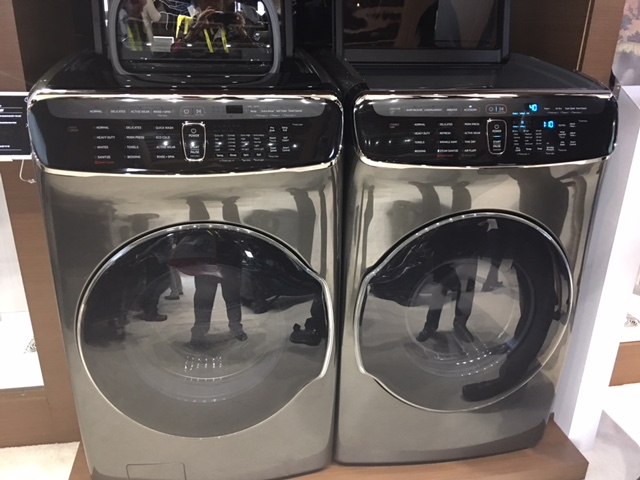 The Flex washer and flex dryer from Samsung consists of two independent washers, a small one on the top for smaller loads while the washer on the bottom is for full loads. The flex dryer has two dryers. The top dryer has a rack to spread items to dry while the bottom one is the standard dryer. The dual washers and dual dryers work together at once or individually. Samsung had at least 6 pairs of washers and dryers on display at CES with lots of people interested in them. Unfortunately, the Samsung people couldn’t disclose the price for these machines.

In my last CES blog, I’ll describe some of the innovative uses of Artificial Intelligence I came across, as well as a few special products and my top picks.