I recently attended an interesting conference in Spain called CIO Move, which gathered a selection of CIOs from countries such as Brazil, Tunisia, Germany, Netherlands, Hong Kong, USA, Togo, and many others.

The conference was relatively small, but over 60 attendees from large organizations participated in the presentations and discussions, while moving between Madrid and Barcelona!

The sessions didn’t just relate to technology. Over 30 topics were discussed, including:

The last topic was one of three discussions that I was personally involved with. Suggestions included telling great stories about your organization on its website and making it easy to apply for a job using a smartphone. One of the companies involved, Adecco, provides applicants with an app that collects their main information in five minutes or less before using a bot to scan the web for additional information, building a more complete picture of the applicant and ensuring the company quickly decides whether to interview them.

Large organizations have bought online recruitment tools, (Randstad bought Monster, Microsoft bought LinkedIn) in order to assist in the speedy hiring of qualified candidates. One of the attendees mentioned that there is a startup website that facilitates hiring staff for temporary jobs of between one and three days, a time range sorely needed in the hospitality industry. All these apps focused on the user experience, especially the millennials who want quick, readily available applications.

There were lots of other opportunities for discussion. The conference’s agenda included visits to the Port of Barcelona, SEAT car factory, and Madrid’s Navarra university’s IESE Business School, where Dr. Pascual Berrone talked about smart cities and how they influence our lives.

Highlighting the fact that 54 per cent of the world’s population now live in cities of 500,000 people or more, Berrone emphasized that while the challenges cities face are global, the solutions need to be local.

For example, he talked about the common issue of traffic jams and encouraging people to get out of their cars. According to Dr. Berrone, not only are we spending two months of our lives looking for parking, but people who spend more 45 minutes per day to commute each way to work are 40 per cent more likely to get divorced.

He presented some innovative solutions (below), such as Chongqing, China, which has separate walking lanes for people using smartphones. A Russian city gives a person who does 30 knee bends a free bus ticket. In Singapore, a pedestrian can play pong (located on a pole next to the crossing) with a stranger until the light turns green. 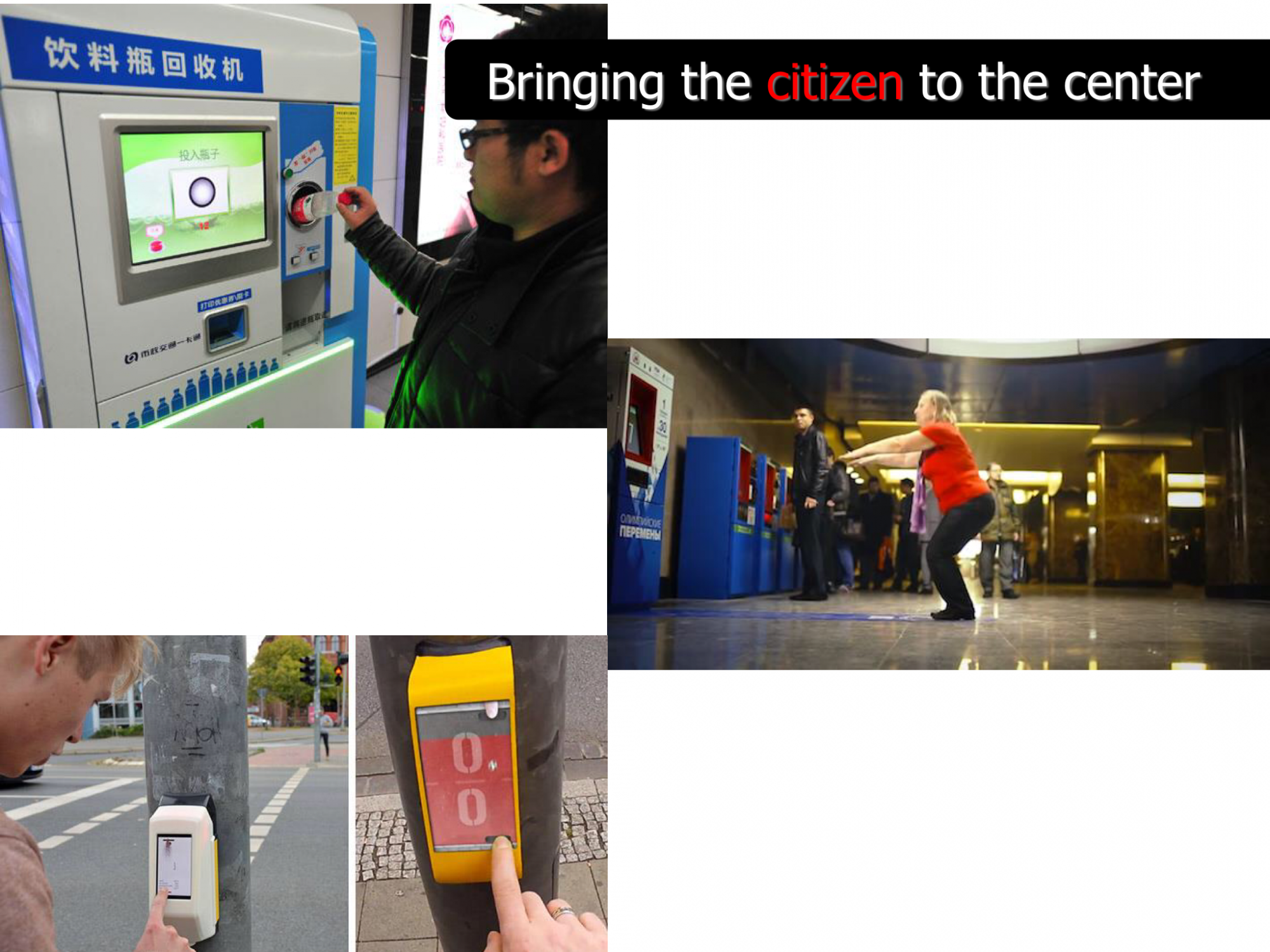 The conference presented lots of networking opportunities, from riding in vintage cars to playing volleyball on the beach. While relatively small as conferences go, with around 60 attendees, it’s nevertheless valuable to attendees – more than half return every year! Last year the conference took place while traveling between London and Paris. The year before it was centered in Switzerland and the World Economic Forum.

The conference is unusual in another way: It doesn’t have a fixed location for meetings and presentations but uses various locations where sessions take place. As its title says, it’s CIOs on the move.