In conversation with a start-up: Jay Kapadia from Kiddology 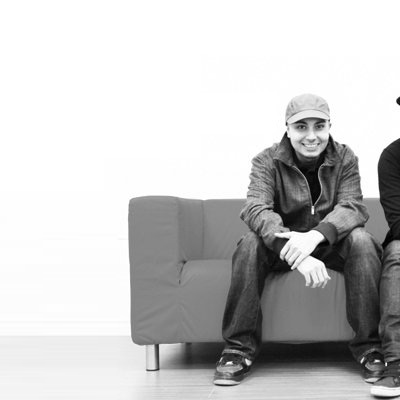 When I first met with the team behind Kiddology, they had plans to publish a series of games for kids. Soon after, the vision of the company changed. Kiddology’s founder, Jay Kapadia, had a vision of something bigger and grander. He knew that for his company to succeed, they had to differentiate themselves from the rest of the crowd.

Although I have an interest in Kiddology, I thought other entrepreneurs and founders could learn a lot from the short journey Kapadia has been on. Here’s my conversation with Kapadia.

What’s your role with Kiddology?

The idea behind Kiddology’s product came from my desire to create a playground for kids and artists to create storybook apps without ever having to code. My role was leading, managing and developing the concept into the application we’ve launched on the App Store. From building the team and building the brand to ensuring every part of the application met our high design standards – all of this has been part of my work at Kiddology. Whether it was through creating our lead character Kiyoshi, identifying the core ingredients of every story in our app, or how best to utilize audio with user experience, Kiddology gave me the chance to combine my years of design and business experience to develop a platform and product that I think kids will love and will want to create their own stories with. 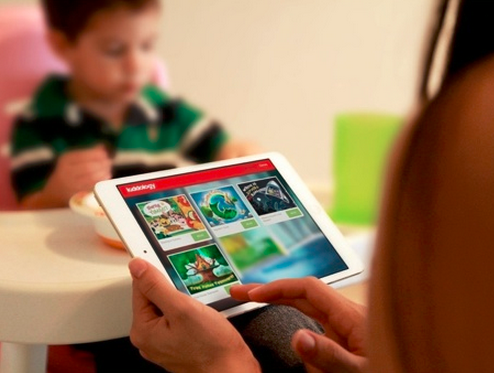 Kiddology was putting out some fun children’s games a couple of years ago. They seemed to have changed direction with this new app. Why the change?

Initially, Kiddology was a kids-oriented app studio. We were building interactive games that had an educational emphasis, but they never delivered on usability and weren’t offering something unique in the saturated educational app space. We had issues with the costs, and the team needed to correctly deliver applications that we could be proud of. So we realized that wasn’t how we wanted to build apps. On top of that, when we were hired to create apps for a client, the cost to develop was substantially more than it should have been.

That’s why we decided it was time to pivot to answer our own creative needs and help others at the same time. Instead of simply offering fun educational apps, we wanted to deliver a platform that could allow anyone – no matter your age or ability – to create a storybook app that had interactive components without having to open up Xcode. As artists, designers and creative professionals, we wanted to be free of our dependency on developers to bring our visions to life, and we believe there are many others who feel the same way. We wanted to create a space (and have successfully built the foundation now) where children, parents, writers and artists could bring their interactive stories to life.

Tell us about this new character you’ve come up with and the inspiration behind it.

Kiyoshi is our mascot, our leader, and your partner accompanying you through all of your adventures. We wanted to build our brand with a presence that kids would gravitate toward – a friendly creature that you want to hold, hug, play with and be proud to call your friend. Our inspiration came from many realms and involved countless character creations. Each had to be lovable, huggable, cute and friendly. It also had to be a partner parents could trust. We performed countless focus groups with kids and parents and landed on our yellow fuzzball of joy, Kiyoshi.

Earlier this year, Kiddology attempted to raise money via Kickstarter. The campaign failed. Why did it fail and what lessons did you learn?

We knew from the start that this venture with Kickstarter was going to be an uphill battle. We were hopeful (as we should have been) but, without a brand presence or a tangible product to give away, combined with a pretty high fundraising goal, we knew it wasn’t going to be easy. But we also wanted to look at Kickstarter – no matter if we failed or succeeded – as a way to build brand awareness and get our name out there. So in that respect, it wasn’t a failure.

I learned quite a bit from the process. First of all, if you’re building an application or game, it’s important that it be something the market is already chomping to get at. It serves very little to try and establish a brand while also fundraising for software development. Although we were far along in the development process, the additional funding was intended to continue building more stories for our launch. In the end, we didn’t need the funding, so we should have spent our energy and money to create stronger brand awareness before trying out a funding platform.

Second, there are several, time-consuming matters that can affect a campaign’s exposure. While having press releases and support from editors is great, to sustain a strong PR campaign is a month-long, dedicated effort – something that’s hard to do for a bootstrap company. Our team was balancing product development, media placement and the maintenance of our financial viability during a time when all hands should have been focused on attaining as much media coverage as possible. We were too negligent and not focused enough on building a winning PR strategy. In the end, we did get exposure and hired a PR consultant, but the results clearly weren’t great. They didn’t lead to the conversion rates we were hoping for. And, more importantly, we learned we have to be better prepared to strategize well beforehand and be 100 per cent committed for the entirety of the fundraising period to have the greatest chance of success.

Third, despite how great our design, idea and product are, if the audience isn’t rewarded with something they really want in exchange for their support, campaigns don’t succeed. Our rewards were the best we could offer at the time, and that’s one reason why we probably shouldn’t have used Kickstarter at the time. We should have devised a stronger giveaway strategy to entice people to help fund our project. We were giving away children-oriented swag and stuffed toys as our main bait for generating funding support. Some did back us, but we failed at offering our audience something they’d use or really want.

What’s this new app about, and why do you think both parents and creatives will be interested in it?

Kiddology is an application that comes with two interactive stories and an interactive ABC game. Each game is illustrated by local Toronto artists who have a passion for art and design, while the books were written by our team who has a passion for literature. But the beauty beyond the art of our application is the brains behind the app. We set out to create an application that would allow us to build as many storybooks and simple interactive games as quickly as we could draw them. And we succeeded in creating an infrastructure that allows our team, kids, and artists to easily share their writing or artwork with us. All they have to do is simply fill in a short document and enter images into categorized folders. This allows us to publish interactive books and games in minutes – something that used to take months to produce.

We think kids, parents and artists will love Kiddology, because it not only allows everyone to have a safe educational space to learn and grow, but also encourages creative freedom without the hurdle of technical ability. Users submit their own designs and words to create their own books without ever having to touch a piece of code. Users will see their ideas come to life and focus on being creative designers, artists or kids instead of having to learn the intricacies of code.

As of now, Kiddology can be found on the App Store, and anyone can pick up the application for free to read and play with the educational books and games we created using our system. But soon, we will be opening up our system to let anyone submit ideas and we’ll publish these suggestions for others to play with. At the same time, we understand artistry should be credited and supported, so we plan on working with artists. For instance, if artists submit work and wish to have their creations put up for sale, we think they should receive a large percentage of any profits made from their work. We are offering a much-needed solution to a pervasive problem by giving anyone the opportunity to focus on what they love to do most and be creative. We’ve built the software that allows anyone to do so.

What are Kiddology’s future plans and goals?

In the coming year, we hope to launch our online platform to make it easy for anyone to submit their creations. If you’re a writer, artist, parent or child and have a book, story or simple educational game you want to share with the world, you’ll find a home on Kiddology to do just that. We plan on working with educational establishments to put Kiddology in the classroom and help kids create apps from the books they create. And we also plan on building more of our own books and interactive educational games to grow the Kiddology library.

Previous article
Over 8,000 women in technology sharing and learning
Next article
How Softchoice has embraced the decentralization of IT