Hyperloop sets a new bar for sustainability in transit 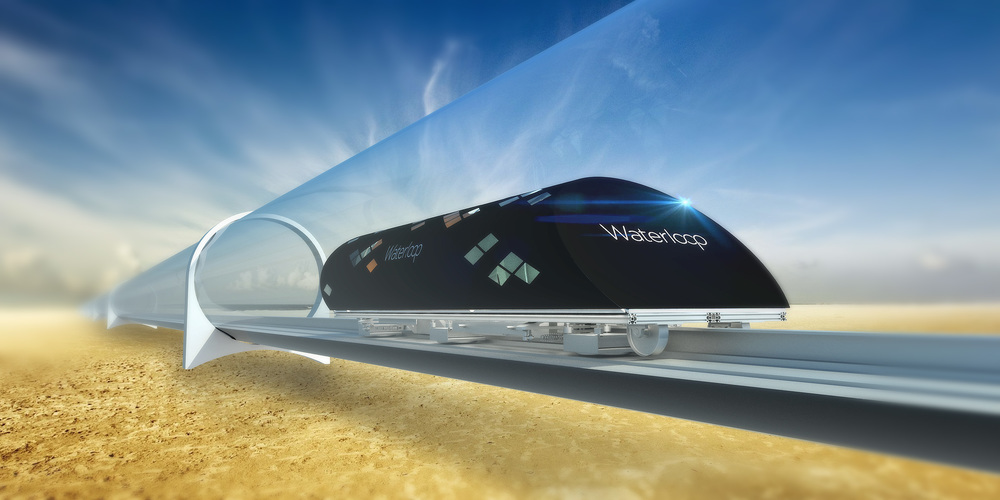 A futuristic concept of how we move between city centers may be hurtling into our reality. Since being proposed by Elon Musk in 2013, the Hyperloop concept has made significant strides forward. With passenger capsules shooting through a near-vacuum tube approaching the speed of sound, Musk once described it as, “a cross between a rail gun, the concord, and an air hockey table.”

SpaceX has continued its open-sourced, international design competition to build and test the first Hyperloop pods. Since its start in August 2015, 31 of the original 1200+ teams are left in the race to build the best pod prototype, to be tested in the final round at the SpaceX headquarters in January 2017. After two rounds of elimination, there is only one Canadian representative remaining in the competition – “Waterloop”- the determined and imaginative University of Waterloo team.

The Hyperloop offers the potential for a radical leap forward, able to combat concerns about our economic and energy future. The technology is still in its naissance but predictions estimate top speeds of 1,200 km/h (making the Hyperloop comparable to long-distance commercial air travel in speed) on only its own generated power.

In fact, should the advancement of Hyperloop technology prove successful, it is projected to produce far in excess of the amount of energy it needs to run. Solar panels lining the tube supply the necessary energy for periodic acceleration or deceleration of the pod. The same design features which enable the Hyperloop to travel incredibly fast, are also the same features which radically improve the design’s efficiency. Unlike every other method of transit other than space shuttles in orbit, continuous power isn’t necessary due to the near elimination of friction and drag on the capsule in the tube’s low pressure environment and the magnetic or pneumatic levitation of the vehicle. Excess energy can be stored in battery packs to allow for use during nighttime and cloudy conditions, or simply used to supply the grid.

One major hurdle is how to maintain a partial vacuum along the length of a several hundred-kilometer tube. There are obvious concerns relating to the possibility of air leaks and that maintaining a low-pressure environment may require more energy than the solar panels could provide. In response, the SpaceX design proposes a low-pressure system set at a level that commercial pumps could easily respond and overcome an air leak.

Related
Behind the scenes of a Hyperloop kickstarter campaign

To minimize ground disruption, the Hyperloop was designed to be elevated on columns rather than being an entirely ground-based system. This should also drastically decrease construction time and cost as well.

Finally, with a projected carrying capacity of 840 passengers per hour, the Hyperloop could remove drivers from highly congested roads. For the original route proposal between Los Angeles and San Francisco, it would be sufficient to transport all 6 million passengers travelling each year and account for 70 per cent of travelers during rush hour.

While Musk initially proposed the Hyperloop to solve the issue of the hyper-congested traffic between Los Angeles and San Francisco, the excitement surrounding this futuristic infrastructure is palpable throughout North America, perhaps partially due to the failure of train infrastructure in the continent.

Across the country, Canadian infrastructure has either failed to be properly maintained or built. Too much responsibility has been shifted from the federal government onto the municipal, territorial and provincial levels of government and today, roughly 95 per cent of Canada’s public infrastructure falls to them. A Hyperloop line between Toronto and Montreal for example, could stand to be the most technologically advanced and exciting undertaking in Canadian public infrastructure.

Will Canada take on Hyperloop?

Even if the Hyperloop is not the future-focused infrastructure that Canada decides to implement, the sparked passions around this unbelievable technology as it is thrown into our world could spur Canada to be imaginative with this opportunity. Right now Canada is at a unique moment in time where historically low long-term interest rates and a large infrastructure need present an opportunity for significant investment in public infrastructure. When the argument against implementing sustainable technology is often that it isn’t economically viable, the Hyperloop proposes a situation where economics and environmental concerns support movement forward. While incremental steps forward are good, the state of our world demands leaps as well.

While a lot of work and innovation still remains before the Hyperloop can reach these lofty goals, perhaps the biggest success of the Hyperloop has already happened: exciting the world, especially North America, with a vision for a technologically feasible, economically viable, and sustainably ambitious alternative to the vast network of highways and airports that dominate our continent.