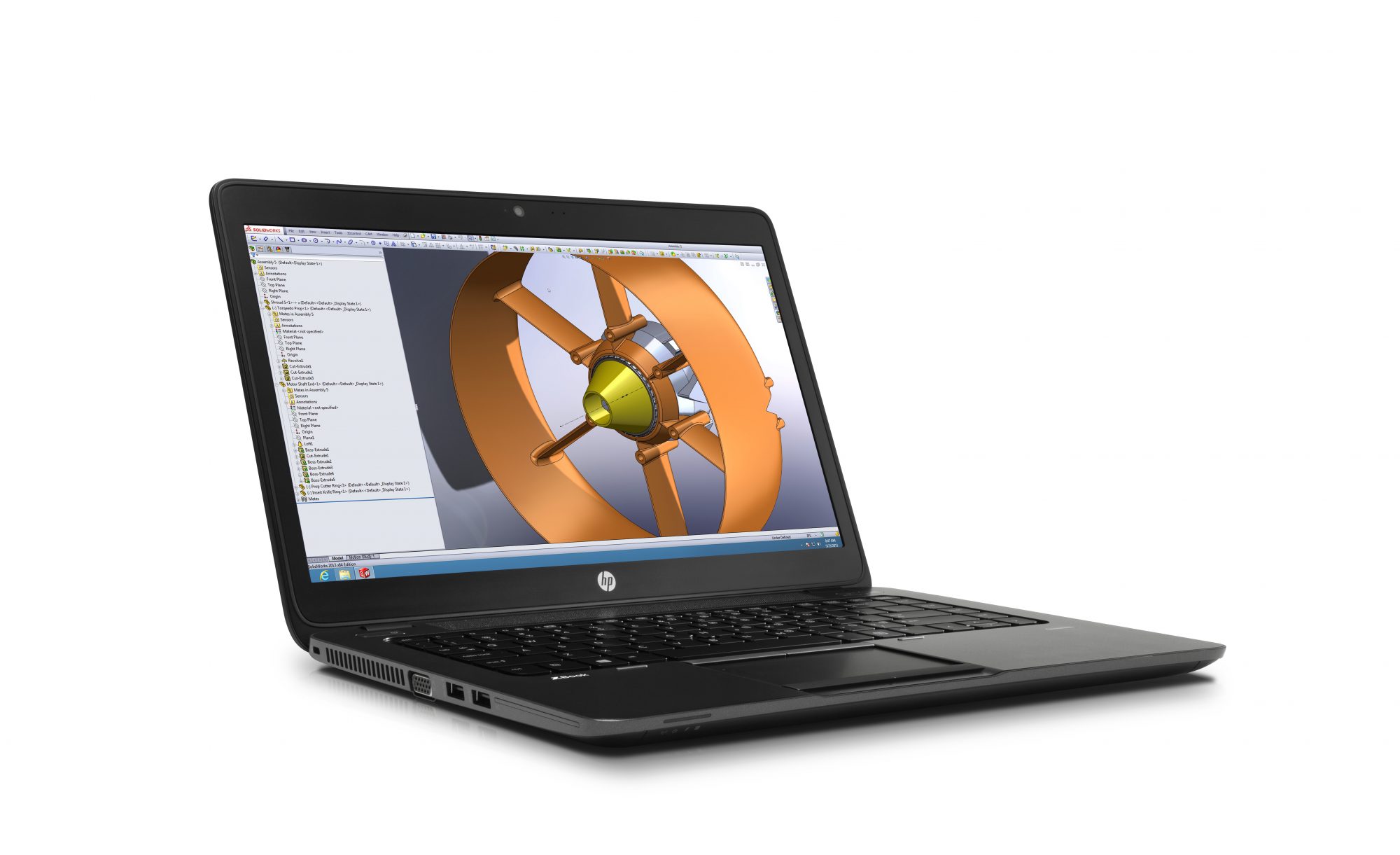 Already the market leader in desktop and mobile computers for the most compute-intensive applications, Hewlett-Packard Corp. today released a new line of workstations and mobile workstations that it hopes will solidify its appeal to high-performance customers in industries such as media and entertainment, the financial sector, oil and gas, healthcare and government. The new workstations, an expansion of the company’s Z line of workstation and display products, include what the company says is the world’s first workstation ultrabook as well as the first computers to include Intel’s new Thunderbolt technology for high-speed data transfer.

At an embargoed media launch in New York last week, HP executives made much of the company’s new HP ZBook 14, calling it the world’s first workstation ultrabook — that is, a mobile computer that marries the higher performance capabilities of a workstation with the lighter weight and thinner design of an ultrabook. Weighing in at 1.62 kilos, the new ZBook 14 is a fair bit lighter than the 2.25-kg lightest configuration of the HP EliteBook 8470w mobile workstation it’s replacing.

It will, however, lack the Thunderbolt port of its sibling ZBook 15 and 17, something company executives did not believe was as important as the improved graphics of the new family of mobile workstations as well as the fact that it is certified to run high-end applications. “(Customers) were coming to us saying, ‘Why don’t you create something in an ultrabook-type form factor and make it workstation certified so that my engineers can have that option to carry around something ultra-lightweight,’ and that’s exactly what we did,” an HP spokesperson told me last week.

All three new ZBooks, which certainly boast a much friendlier naming scheme than the mobile workstations they replace, feature fourth-generation Intel Haswell dual- and quad-core processor options and next-generation graphics technologies from NVIDIA and AMD, including the newly announced Keplar-based professional graphics from NVIDIA. As with HP’s new desktop workstations, the mobile workstations also feature tool-free chassis for easy upgrades and serviceability. While on the road, all three can also be connected to very heavy computing power back at home base through HP’s Remote Graphics Software.

With computer memory and processing continuing to follow the curve of Moore’s Law, getting data into and out of a high-end machine is quickly presenting as the real bottleneck for compute-intensive applications such as those used in the movie business. “It’s not uncommon on a film set to generate a terabyte of camera data a day,” Gary Adcock, a specialist in the creation and streamlining of workflows for film production, said during one of the sessions last week. That makes the incorporation of Intel’s second-generation Thunderbolt i/o ports, featuring data-transfer speeds four times faster than USB 3.0, a key addition to HP’s family of desktop workstations. To help them churn all the data flowing through those ports, the HP Z420, Z620 and Z820 Workstations have also been updated to include the latest Intel Xeon E5-1600v2 and E5-2600v2 families of processors, also called Ivy Bridge, as well as new memory that will run 16 percent faster than in the current line-up.

HP also unveiled two new professional displays, also in the Z family of products, to appeal to the same customers who need the high-end power of the workstations. Both the HP Z27i and Z30i provide 100 percent coverage of the sRGB color space, the standard color space for the web and for the majority of engineering, creative and professional applications, while the HP Z30i also covers 100 percent of the Adobe RGB color space, commonly used in photography and digital prepress workflows. Both displays feature an HP four-way adjustable stand that includes the HP QR2 quick release and both are TCO Certified. Mounting kits are available for both the HP Z27i and Z30i, allowing users to securely mount an HP Thin Client or Ultra Slim desktop to the back of the display.

Previous article
Leaving Windows for Mac, but taking its best features with me
Next article
Can we finally stop harping on Apple?