How to successfully acquire a tech company

Technology is one of the traditionally hot sectors for M&A, driven primarily by rapid change in the industry. But when it comes to making a successful acquisition in the tech sector, the devil is in the details.

In a rapidly changing industry like technology, it’s impossible for any company to stay on top of all the newly developing market areas. Even market leaders fall behind in key product/service areas and need solutions that put them back at the forefront of customer needs.

To stay ahead, companies must decide whether to “build” vs. “buy.” More often than not, the path to close the gap internally through R&D is either too expensive or too time consuming. A merger or acquisition becomes the only realistic path to meet strategic goals.

In the 80’s, most M&A activity in the tech sector was in the PC hardware business. In the 90’s it was in PC applications and networking businesses. The late 90’s and early 2000’s were defined by activity in the internet space. And in the last few years, most of the activity has been in the internet, ERP, CRM, BPO, SaaS and cloud computing markets.

The advantages of acquisitions in tech companies are obvious; companies can immediately fill their product holes, reduce seasonality, diversify their customer base, and offer new solutions to existing customers. In most instances, companies can use their manufacturing and sales resources more efficiently to catapult the revenues of newly acquired companies fast.

Sometimes the need for an acquisition could be less altruistic and more perverse. Companies have routinely made acquisitions to eliminate competition from the marketplace.

In the 1990’s, Cisco demonstrated how to successfully acquire companies to meet its strategic needs, acquiring on average 8 businesses per year. During the same timeframe Microsoft, on average, completed 6 acquisitions per year. Though these two companies were clear market leaders in their target segments, they still saw the need to make a large number of acquisitions.

In the last few years, Google has led the way dramatically, making acquisitions sometimes at a pace of one a week! Some of its larger acquisitions have included YouTube, AdMob, DoubleClick, Viewdle and Motorola Mobility. Google’s acquisition strategy conveys the rapidity of change in the industry as well as the need to grow with M&A.

Common Pitfalls That Can Derail the Deal

While the case for growing by M&A is strong, and the need very acute, the risks are also very high. Technology companies are driven by people more than most other businesses and employee retention post acquisition is critical to the ongoing success of the target company. It is not just about a product or service fit, but also about strategic fit and cultural fit.

History is filled with stories of tech acquisitions gone wrong. There are thousands of deals that either failed or did not even materialize. Who can forget the colossal failure of the AOL/ Time Warner merger? In 2002, the combined company posted a $99 billion dollar loss – the largest annual loss ever reported by a company.

Some spectacular failures more recently include the acquisition of Dragon Systems by Lernout & Hauspie, where L&H went bankrupt after an all stock deal to buyout Dragon. The failed Yahoo/Microsoft deal was another one for the history books. Intel’s failure to assimilate acquisitions, largely due to cultural issues, is also well known in the industry.

To reduce the risk of failure, key stakeholders from both sides of the deal need to have a clear vision. Management should carefully identify the potential pitfalls of the proposed deal, understand the magnitude of the problem, and formulate ways to address the challenges. If there is no good solution to the problem, it is better to terminate the deal before closure, rather than suffer the consequences after.

Below are some of key reasons why technology deals fail, and some recommended strategies for mitigating this risk:

• Lack of cultural fit: Post-closing issues can develop quickly if the culture of the acquired company is substantially different from that of the acquiring company. Cultural clashes will reduce the productivity of the combined company, which may lead to delayed product/service executions, increased costs, loss of key employees and high turnover. Management should carefully evaluate the cultural differences between the two companies, and ways to bridge the gap. If the cultural gap is too substantial and there is no realistic way to resolve it, it may be in everyone’s best interest to terminate the deal and find a more suitable partner.

• Overestimating capabilities of the acquisition target: Overestimating the targets company’s capabilities is a common mistake, and is especially acute when the acquirer is targeting industries outside their core business. Companies entering new markets should be extremely well prepared, so as to not overestimate the target’s attractiveness. Exhaustive due diligence is essential.

• Overestimating the benefits of combined operations: In most M&A deals, management expects benefits from streamlining operations and eliminating redundancies. However, they are often surprised at how long it takes the synergies to materialize. Without a competent process, employees will protect their turf, find reasons to delay consolidation, and build organizations filled with “Yes men,” who rarely push for the rapid change that is required to achieve synergies.

• Key employee departure: Employees are the biggest and most important assets in a technology company. If employee satisfaction cannot be maintained after the acquisition has been made, then the combined company risks losing talented employees. Management should make key employee retention a core focus in the planning and execution of the deal.

• Systems & Processes: From an operational perspective, different systems and processes will delay the operational merge of the companies, making it hard to identify necessary synergies to justify the deal. Management must evaluate all the critical systems and processes used by the target company and how they are expected to change post merger. This also has the hidden benefit of bringing cultural differences to the forefront.

• Negligence or fraud: It is imperative that sufficient due diligence is conducted to uncover potential fraud. Negligence in due diligence, and not taking proper precautions in deal structuring, can have disastrous consequences.

In the technology industry, mergers and acquisitions are essential to remain competitive. It is nearly impossible to stay ahead in the industry without a well thought out acquisition plan. However, a flawed M&A strategy can have disastrous consequences. A successful acquisition requires a competent team, careful revision of what could go wrong, and a well planned strategy that reduces the risk of failure.

Chak Reddy is a Mergers and Acquisitions Advisor with Elite Mergers & Acquisitions, which specializes in selling and recapitalizing businesses with revenues between $1 million and $100 million. Mr. Reddy is a business M&A and Marketing expert, and is the chief deal maker at Elite. He is also a guest writer for Firmex Virtual Data Rooms. Mr. Reddy can be reached at [email protected] . 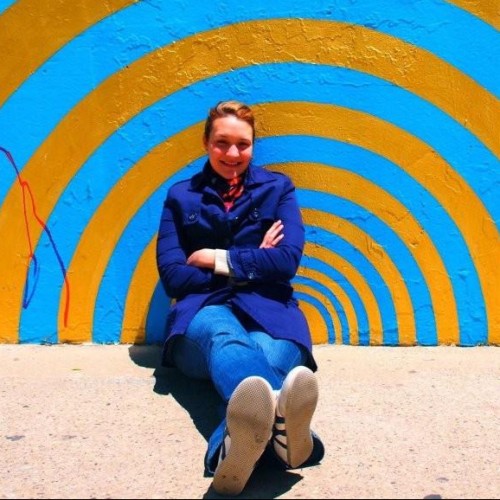