Wendy Wallbridge, a strategic and intuitive advisor to Fortune 100 leaders and TEDx speaker, called it the women’s apology addiction. She said women say “sorry” more often than “thank you.” One of the reasons women apologize so often is because they think that they have to be likable to get ahead and saying sorry is one way to make a woman be perceived as less threatening.

Many other words more powerful than ‘sorry’

She suggested that women watch their language for the use of apology, for example replacing “sorry for being late” with “thank you for your patience.”

In 2014, Pantene had a “Sorry Not Sorry” commercial where women are first shown saying sorry and then replacing the story using different words to sound more powerful. There were plenty of discussions on the sorry topic in 2014, including a segment on ABC but it didn’t change things. Women still feel the need to continuously apologize!

Wallbridge also encouraged women to do more networking (and that doesn’t mean small talk about a purse or shoe you think is great). Instead, talk about your work and accomplishments, starting with “one thing I’m proud of is,” whereas areas where you’d like help could be approached by asking “one thing I’d like to learn more about is.”

The other person may not know more about that area, but could know someone else who does.

More on the conference

WITI describes itself as the premier global organization helping tech-savvy women attain their professional goals. The annual conference had about 1000 attendees. Part of the conference followed an interesting format. It had up to 20 concurrent coaching circles. These were round tables with 8-12 attendees with a subject matter expert (or coach as WITI calls them) talking about a specific topic for about forty minutes and then leading the discussion on the topic. Just imagine a large room with 10-15 of these tables discussing different topics. Here are a few of the couching circles that took place:

The coaching circles worked well and the noise level wasn’t too bad even with that many tables and participants. In addition to the coaching circles, there was one-on-one coaching for those interested in being coached on the following topics: career and professional skills; leadership and diversity; work life personal growth; relationship and communication and interviews and resumes.

There seemed to be less people interested in one on one coaching than in the coaching circles which were very popular! Of course, with having over 1000 women at the conference, I was dreading the line up at the women’s washroom. I was pleasantly surprised to see that the hotel re-purposed the men’s washroom. 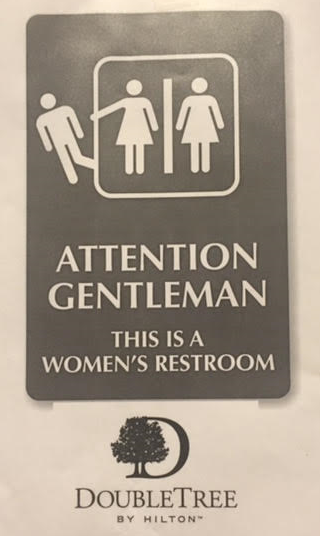 One of the exhibitors was Infosys who partnered with the National Centre for Women and Information Technology (NCWIT) creating the “Sit with me” campaign that recognizes the important role women play in creating future technology by sitting in the red chair and telling their stories. 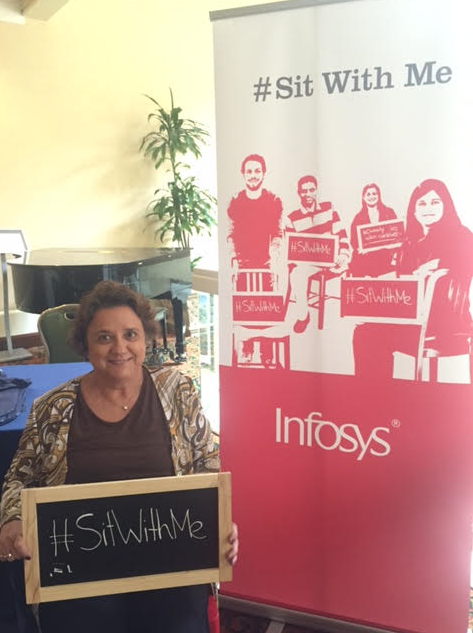 The chairs are made out of about 100 (PET) recycled pop bottles symbolizing sustainability and diversity.

The conference was an excellent place to network, learn and participate in the coaching circles. It’s a combination of hands-on learning as well as coaching in all aspects of career development.

But it only works if you stop saying sorry!