The New Year is in full swing and as we approach the second week of 2014, it signals the completion of another fun-filled International Consumer Electronics Show (CES). The usual major manufacturers were parading their latest innovations in full force, but so were new players worth a nod for their consumer electronics creations.

While it was not the most surprising show of recent years, there maintained a bountiful amount of noteworthy gadgets and trends worth recognizing. Here are seven newsmakers from CES 2014: 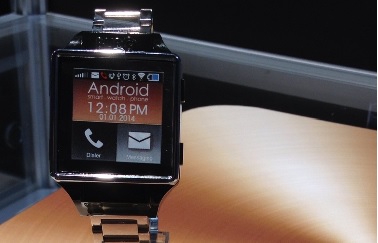 From corner to corner of the CES floor, wearable technology was spread throughout covering a variety of categories, including ‘lifestyle trackers,’ where manufacturers like Sony want their products like Core to track activity and emotion. Reebok even made an appearance this year, and demonstrated how they are fusing techs with contact sports to prevent injury to athletes. 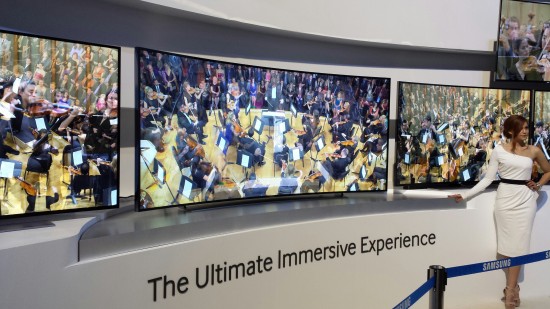 I remember the days when a 46” HDTV was considered a gargantuan screen. In just a few years, that size has steadily increased and now more than doubles, with leading Korean TV titan manufacturers LG and Samsung parading beautiful OLED and UHD screens measuring 105” from corner to corner. Not only are these stunning TVs huge, they are curved – some can even bend with the press of a button. Additionally, the 105” UHD Samsung TVs are also designed with a 21:9 ratio, mimicking the type of output seen on blu-ray discs.

TVs are growing in size and so is their brainpower with LG showcasing their smart technology it acquired from HP, WebOS. LG has reincarnated the once-lived smartphone platform to debut WebOS TV at CES. The result: a slick, retooled and easy-to-navigate TV operating system that allows users to move directly from app to app, opposed to returning to the home page to find another program. Also, there is tile layout focused on media, rather than apps. It looks like the LG and WebOS union is working out well. 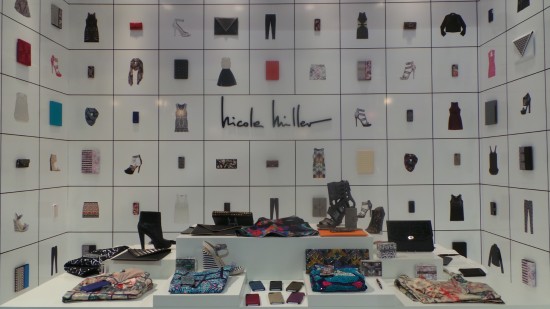 It is about time we saw some fashion brands step out of their retail stores and broaden their awareness through CES. Penguin, Nicole Miller, and Jean-Paul Gauthier were a handful of clothing brands showcasing their mobile cases and sleeves this year.

In addition to cases, at least one name brand designer was revealed at the show to help design wearable technology: Tory Burch. The premium designer has partnered with Fitbit to launch this spring in the U.S. newly Burch-inspired Flex activity tracker and accessories. Rough sketches of her work were on display on a tablet at the Fitbit booth. Discover more about the partnership and Fitbit from the below video featuring the company’s spokesperson, Stephana May:

The home is more than just a fresh coat of paint

Technology in the home had a significant presence at the show. Connectivity device maker Belkin took a deeper dive into home automation showcasing an impressive suite of WiFi-enabled products called WeMo, controlled by mobile devices. From light bulbs, small appliances and even a D-I-Y version for homeowners to customize other items such as sprinkler systems, home automation is proving easy to install and operate. 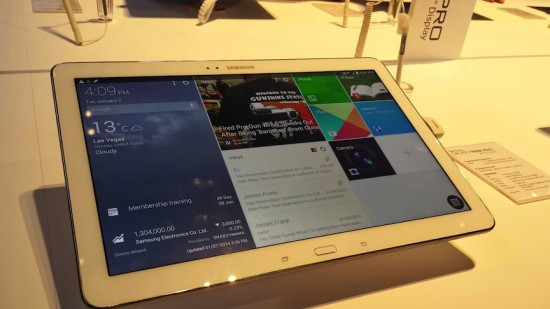 Since tablets first emerged at CES a few years ago, they have shown no signs of slowing down. In fact, right now at Canada’s largest retailer of consumer electronics, Future Shop, there are more than 60 SKUs of Android tablets alone.

Samsung garnered the most attention after it unveiled its new 12.2” Samsung Galaxy NotePro and TabPro. Among other incredible features, the larger real estate is what is most noticeable as a productivity tool to effectively multi-task. Marry that with Samsung’s S Pen stylus, you have robust multi-window functionality.

On the smartphones front, one of the most impressive handsets released last week was the Sony Xperia Z1 Compact. This powerful, 4.3” Xperia Z1 Compact is smaller than its sister phone, the Z1, but comes quipped with premium specs, including a 2.2GHz Qualcomm Snapdragon processor, 20.7MP camera, microSD slot expandable to 64GB and is submergible water-proof, similar to other Xperia Z mobile devices. The Xperia Z1 Compact comes equipped with Android 4.3 Jelly Bean software and even tech found in BRAVIA TVs, such as Triluminos display and a X-Reality engine for mobile picture taking.

Get your motors running with tech 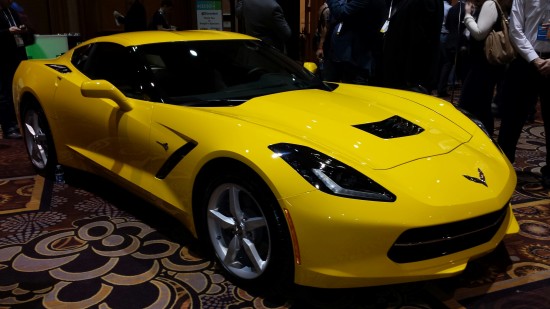 Tomorrow’s tech for automobiles is impressive. At CES Unveiled, a small-scaled trade show of about 100 or so manufacturers organized for reporters at Mandalay Bay hotel instead of the Las Vegas Convention Center before CES actually began, showcased Chevrolet and a new 2015 Corvette Stingray. This of course was no ordinary ‘Vette. It was equipped with Chevy’s Performance Data Recorder (PDR) to utilize a 720p camera mounted to the sportscar’s headliner and a SD slot to record video, audio and overlay telemetry.

Merging wearable tech and cars, premium car maker BMW announced an app for the Samsung Galaxy Gear smartwatch. BMW i3 – Beemer’s electric vehicle – drivers can use the new iRemote App to check vital car functions, like remaining range in the car, or turn on basic functions such as turning on the AC or heat and checking if windows are open or closed. 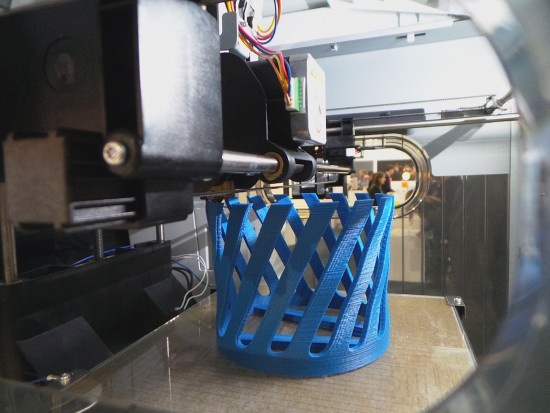 More than 30 companies showcased their 3D printing technology and it was nice seeing them all lumped together on the show floor, organized like one department. Though most carry a hefty price tags, e.g. the ChefJet Pro 3D printer that prints food and is planned to retail for $10,000; the MakerBot Replicator Mini for $1,375, you cannot dispute the concept of printing in 3D is much more exciting than our traditional, 2D printing processes. The good news of this year’s 3D expo at CES is the lowering of price points of some 3D printer, such as the Da Vinci 3D printer by XYZprinting for $499. 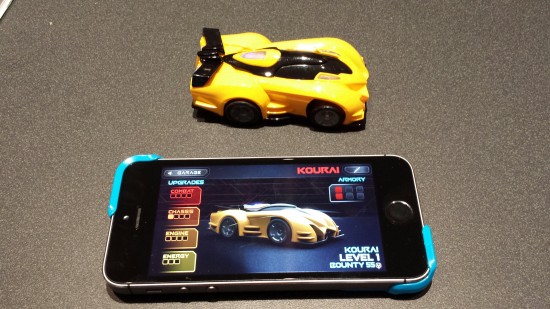 In addition to new app-controlled drones and the Jumping Sumo by Parrot, an amazing artificial intelligence driving game with real mini robotic cars that can drive on their own that was a CES head-turner was Anki Drive. Behind a closed door booth placed in the middle of the show floor, I was impressed by its robotics and fun factor.

Anki Drive is much like Mario Kart applied to the real world. Colourful, sporty-looking robotic cars about double the size of a Hot Wheels toy can zoom on the eight foot Anki track around automatically, allowing the driver to focus less on crashing and more on the game of shooting down the competition.

Right now, Anki Drive is playable via iOS devices and retails for $199.99 as a starter kit.

CES gives tech enthusiasts a lot to look forward to. While this may not have been the most groundbreaking show, much of the innovation shown was not too forward looking, like years away from launch, but rather attainable, releasing in months to a retailer and etailer a few steps and clicks away.