The International Consumer Electronics Show (CES) is well underway and it is as big as ever. Especially the big-screen Ultra High-Definition (UHD) and 4K televisions that offer four times the greater viewing experience than 1080p HD. Among a myriad of hot new gadgets, toys and appliances I saw on the CES show floor today, viewing the next generation TVs from some of the industry major TV manufacturers, LG, Samsung and Sony, were a real treat. Canada was introduced to UHD and 4K technologies when these screens first emerged in Canada last year at Future Shop.

Both UHD and OLED TVs drew huge crowds at the booths I stopped by today and there is excitement surrounding their premium display qualities, shapes and immense sizes. 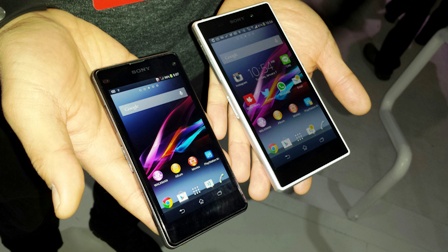 My CES journey today began with Sony Electronics who prefers to market their UHD sets as 4K TV. Sony has three beautiful black 4KTVs lined up for this year in three categories: premium, enhancement on first generation 4KTV and a model designed to appeal to the masses.

Although they all offer stunning image quality, the one model that really stood out is the Sony XBR-X900B – building enhancements to the current model on the market, the XBR-X900A. The XBR-X900B wedge shape is what struck me  first. This television gradually gets thinner towards the top of the set. Three speakers on each side of the front of the this 4K TV are also evident, producing even better sound quality than the first generation model using Sony’s own Magnetic Fluid Technology. 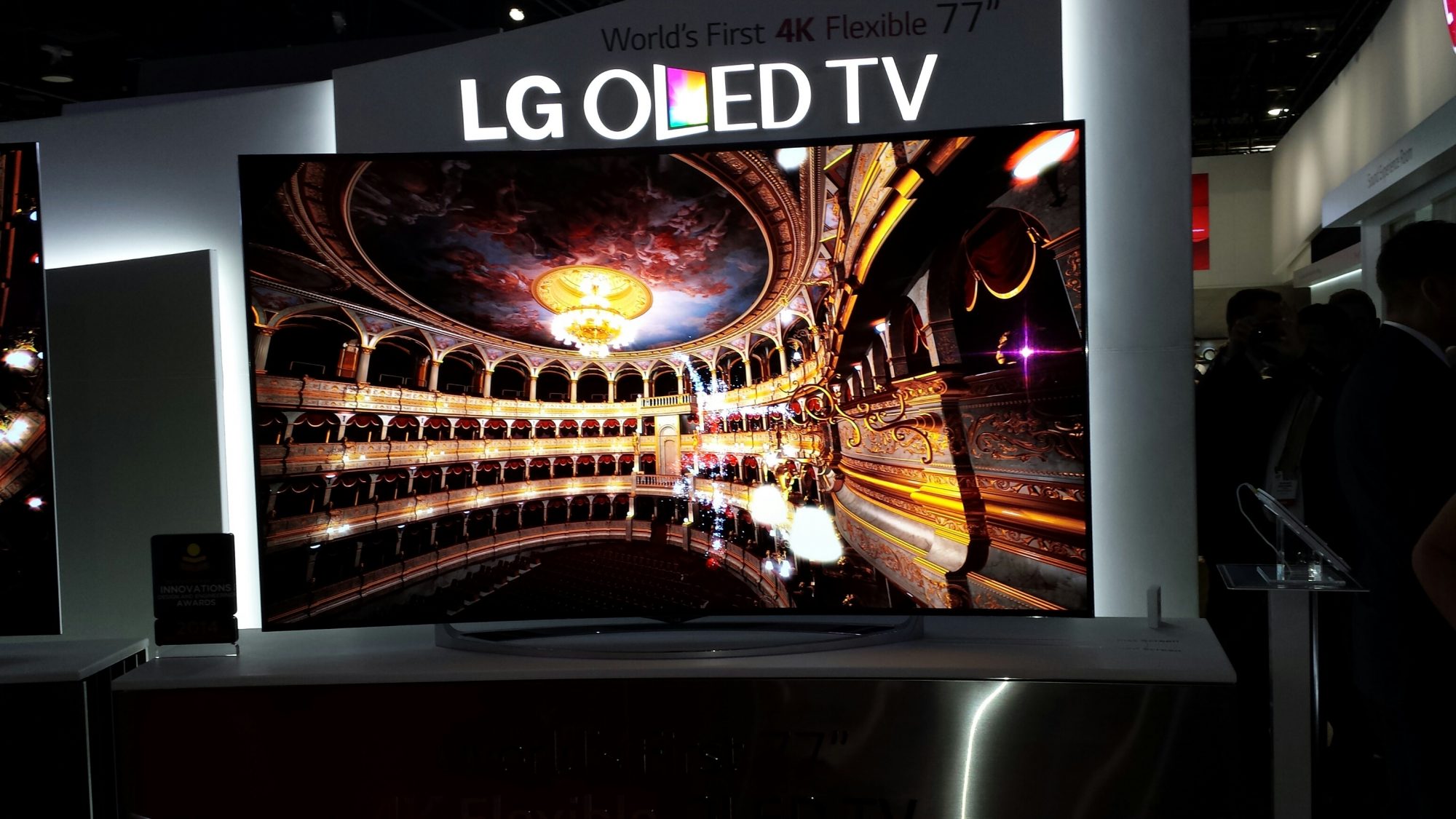 After visiting Sony, LG was the next stop. Much like Sony, the Korean electronics titan had an elaborate display of televisions, wearables, portable electronics, smartphones, appliances and more. The TVs drew the largest crowds, people jockeying for space on the show floor to see the new curved TVs, including the world’s first OLED  flexible 77” television. This unit is getting a lot of attention as its curvature can be altered with the press of a button, literally on demand, by simply using its remote. 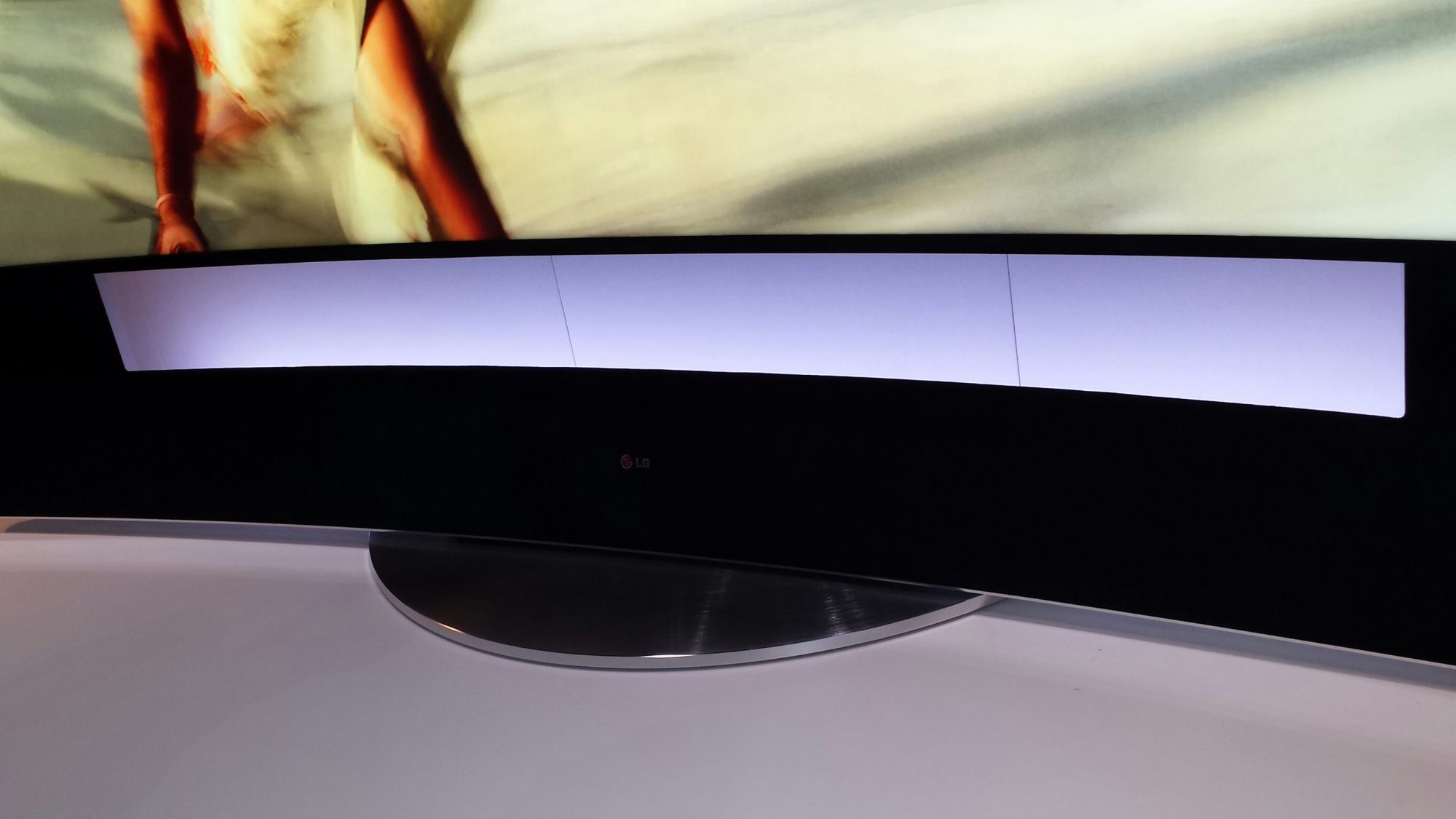 Like Sony, the sound quality of LG TVs has improved remarkably as well. LG has partnered with premium audio maker Harman/Kardon to include their speaker technology in their UHD TVs, creating what they call the new “Ultra Surround” concept through a forward-facing 7.2 multi-channel sound system. 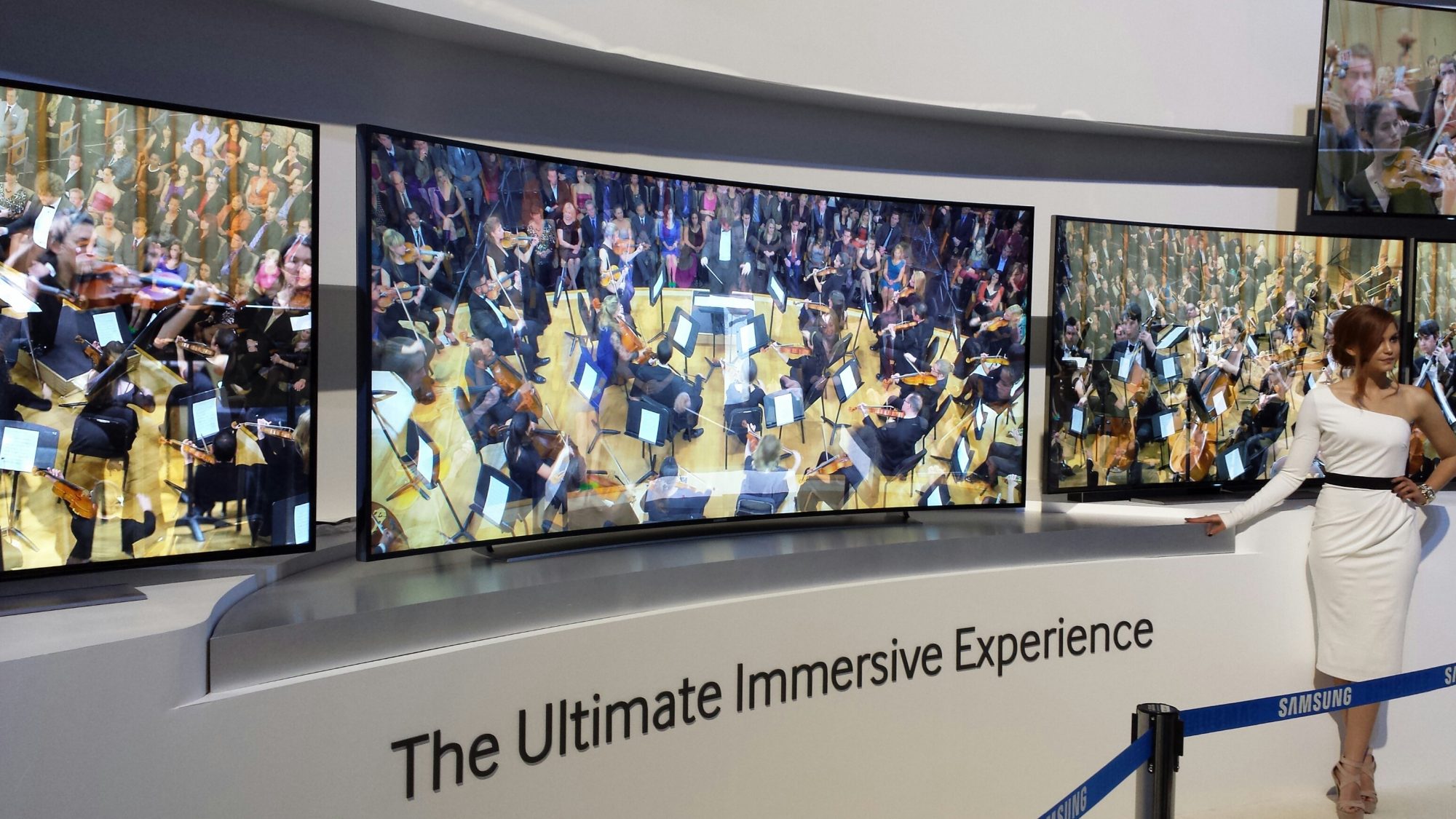 The other Korean goliath of electronics, Samsung, also made a splash showcasing their new curved televisions. Samsung proudly displayed a beautiful 105” UHD TV – this is the world’s largest curved UHD TV. This one you certainly cannot miss when on the CES show floor. Also impressive is the fact it has a true cinematic display with a 21:9 aspect ratio and 11 million pixels.

Samsung’s U9000 Series Curved UHD TVs is recognized as the world’s first curved UHD TV and is the company’s flagship TV for 2014. Its size ranges in much more familiar grounds, available in 55” and 65” screens. The ultra-thin bezel surrounding the curved screen provides maximized screen size. 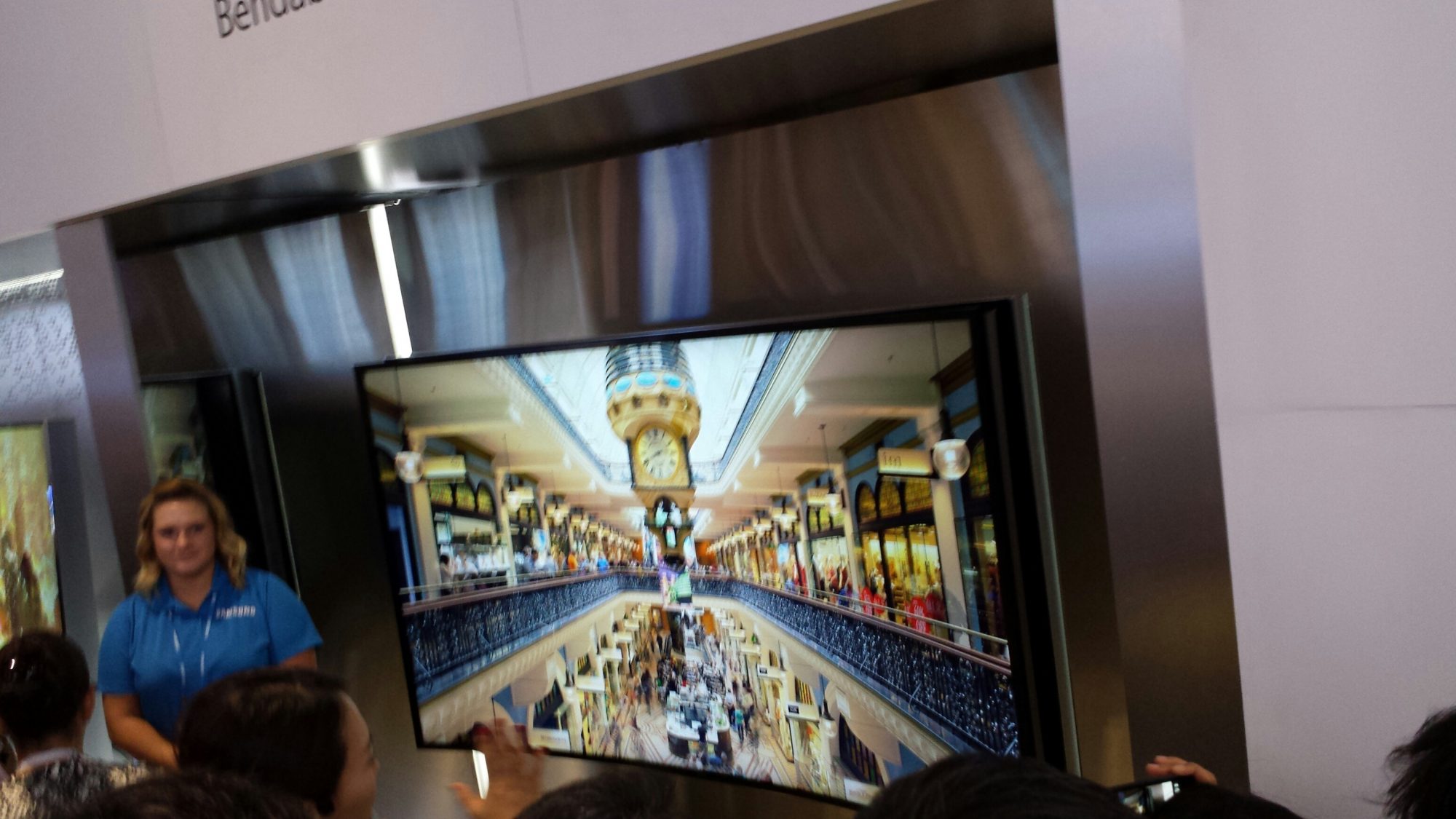 Television displays at CES are always worth a look by leading manufacturers. Not only are the viewing experiences getting crisper and more life-like, but so are their features, including smart (wifi) and 3D – in both active and passive modes.

CES 2014 has just begun. Today brings more exciting first looks at electronics and the music category. If you are keen to follow the journey in real-time, join the conversation on Twitter with Future Shop or me here.