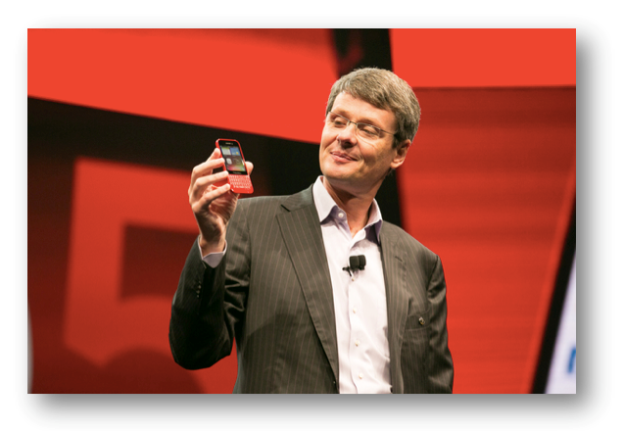 On Tuesday, BlackBerry CEO and President Thorsten Heins announced that BlackBerry Messenger (BBM) would be made available on iOS and Android devices later this summer.

The popular messaging app was seen by many to be one of the key features and reasons that loyal BlackBerry users and fans had not yet fled the smart phone pioneer in recent years.

“For BlackBerry, messaging and collaboration are inseparable from the mobile experience, and the time is definitely right for BBM to become a multi-platform mobile service,” said Andrew Bocking, executive vice president, software product management and ecosystem, at BlackBerry. “BBM has always been one of the most engaging services for BlackBerry customers, enabling them to easily connect while maintaining a valued level of personal privacy. We’re excited to offer iOS and Android users the possibility to join the BBM community.”

Conversation at the conference among many attendees seemed to suggest that this move was only made because of the second BBM announcement: BBM Channels.

BBM Channels (currently in beta testing) is BlackBerry’s answer to social networking. This new social engagement platform will live within BBM and will allow users to interact with brands, companies and even celebrities.

Giving away BBM for free to non-BlackBerry users coupled with BBM Channels seems to point to monetization within the BBM environment.

Brands wanting to create unique experiences with BBM’s 60 million users (of which 51 million people use BBM an average of 90 minutes per day!) will most likely work with BlackBerry to enable these experiences. This is similar to what social networks such as Google + and Facebook have done with branded pages.

The BBM app will be available (pending approvals) as a free download in the App Store and Google Play. Additional details about system requirements and availability will be announced closer to the launch.