Belts, buckles, and business cards: sensors are in everything at CES 2015

Smart objects was a big theme at this year’s Consumer Electronics Show (CES) in Las Vegas. Taken literally, the smart refers to a trend of objects that would not normally be outfitted with electronics suddenly being wired up and given some degree of computing intelligence.

But does that always enhance their functionality? Looking at all the sensors jammed into everyday humdrum objects at CES, you have to wonder if that extra sensor or communications chip is going to really improve the object’s usefulness, or if it’s just being done for the sake of it. What it does illustrate is that these electronics are becoming less expensive while packing more features. Let me tell you about ones that in my opinion made the best use of that technology.

The AmpStrip’s Fitlinxx is an example of what the new sensors can do inexpensively. It is the size of half a business card and it is applied like a band aid on your body. It monitors your heart rate (during the exercise, resting, as well as recovery heart rates), body temperature and other biometrics. As with the band-aid, it stays on all day and one strip measures up to five days of activity. Its release date is in the summer and according to its website may be as cost effective as $30 for 30. 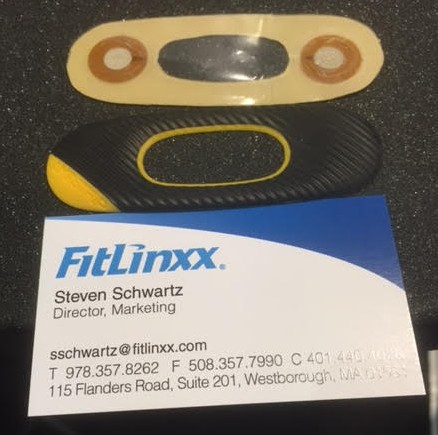 The XY Bluetooth smart beacon tracking tags was one of my favourites. It is about one and half inches in diameter (the green object on the picure below), the size of a large button and can be attached to anything you want to track like keys, iPhones or even pets. The tag allows you to locate them thru your smartphone. It has an alert mode that provides an alert if the tagged object moves out of range (100-150ft) of the smartphone as well as showing the last 10 locations for the object. It has a battery that lasts for a year. A package of three sells for $55.95. 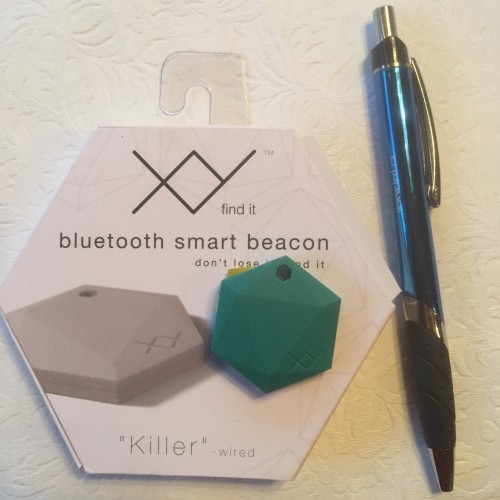 Force Impact Technologies’ FITGuard is a mouth guard (similar to the ones hockey players wear) that has sensors which measure the force of impact in case of a head injury. It is trying to solve the problem of athletes returning to play without knowing how hard they were hit and whether they suffered a head-injury. The sensors in FITGuard show where the hit was and how hard it was. It will be available this summer at a price of $99. 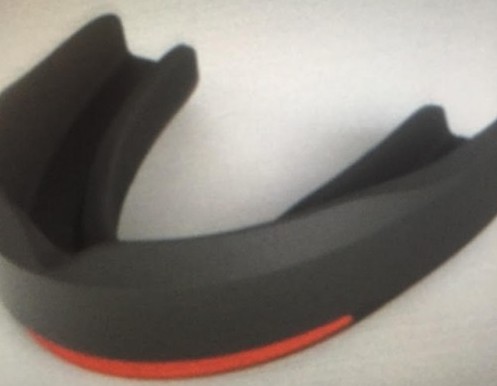 Sensors are also the main feature of the Emiota’s “belty”, a belt that loosens when the person sits downand when the person stands up it tightens again. It also lets you know if your waist is expanding and make exercise suggestions. It vibrates gently if you are sitting for more than an hour. From my point of view, it is a bit too much oversight by the belt. It will be available late 2015, but the cost has not yet been determined. 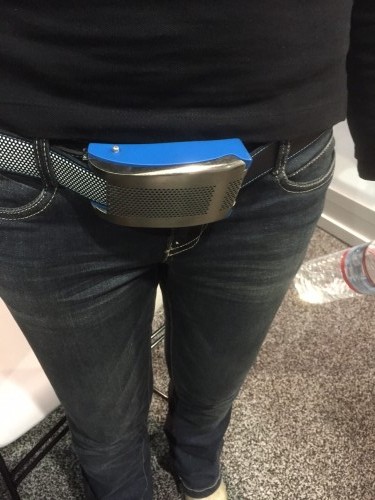 Wearable Technologies Ltd’s Visijax jacket is for the cyclist. It has a red stop light on the back of the jacket and when the cyclist extends his/her arm to signal a turn, the turn signal on the sleeve of the jacket turns on. I looked at it and it appeared to be of good quality. I was told that it is breathable, machine washable and can go 13 hours between charging. It costs about $160 and comes in yellow or black. 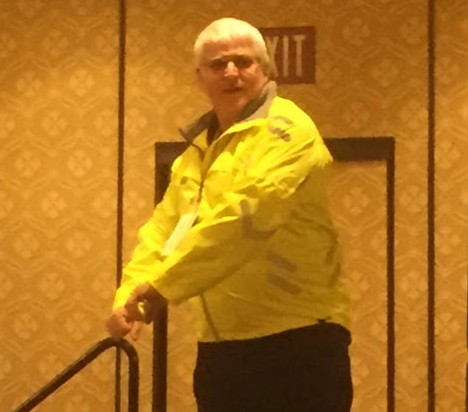 As you can see the above gadgets are all different, the only common thread are the sensors that are gaining more functionality and decreasing in price. I expect that by CES next year the functionality will increase and the sensors will be even cheaper and they will start being connected. For example, the Visijax bicycle jacket could be connected to the FITGuard to alert the cyclist of a head injury after a fall. On the negative side, how much information can be too much?

Previous articleWill fake profiles be the death of LinkedIn?
Next articleA CIO at CES: The weird, the wacky, the wonderful – final gadget roundup