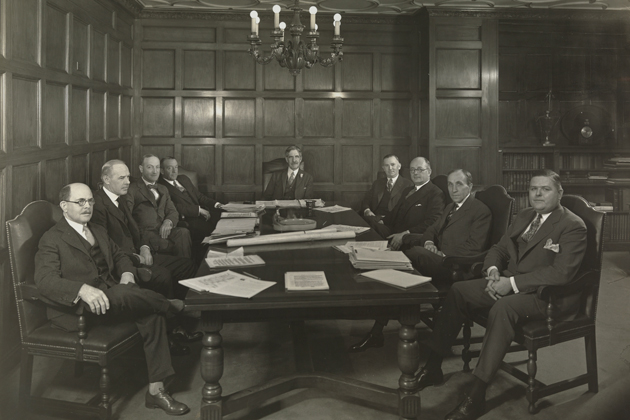 Everyone has read about the failure of large, multi-million dollar IT projects. Yet no one considers that it might just happen to their own business.

Typically, the need for these projects is linked to customer relationship management (CRM); legacy replacement; or other corporate transformational projects. Pricewaterhouse Coopers (PwC) cited  in their November 2013 report (Capital Projects: Is your Board Doing Enough?) that more than half of the capital projects experience cost overruns in excess of 50 per cent. How does a corporate Board ensure that the organization’s large project won’t be in this category?

Large IT projects need to be considered as organizational transformation initiatives and treated as such by Boards. Many Boards have difficulty overseeing large IT transformation projects because they are concerned with the difficulty of understanding the technological jargon. If the management’s presentation of an IT project to its Board uses technology jargon, it is a bad sign; all IT projects should be presented in readily relatable business terms.

Boards need to oversee large projects as they typically take a large part of the organization’s capital budget and play a critical role in the organization’s short and/or long term plans. It has been my observation that large IT transformation  projects often end up being either over budget, late, or do not deliver the projected corporate savings. Most Boards will face the challenge of overseeing large projects. I can only think of one or two Boards that I was on which did not have such a strategically important task. What are the significant signs that Board members should look for in ascertaining whether an IT project is in trouble? I will describe a few that I have seen as a Board member and a CIO. And just a disclaimer, these views below are my own and do not reflect the opinion of any of the Boards I sit on.

In my experience, the main sign of a troubled project is the frequently-changing requirements (or “scope creep”) after the project have been approved. While this happens on all the projects to some degree, it is the frequency of such changes and the lack of a clearly set governance process that are typically the causes of this type of problem. A detailed governance process showing what information is needed to justify the approval of any expansion to the project and who has the authority to approve the change, will mitigate this risk. One of the CEOs I know described the scope change governance to his senior management team as:  for each requested scope change, a form for request for change has to be completed and signed by the CEO and it will directly affect the requestor’s bonus. Needless to say, change requests were well thought out before submission. Another CEO established a “change request committee” that had all the CEO direct reports on it and the CEO only got involved if there was not a majority agreement on the change. The Board needs to ensure that the proper governance for scope changes is in place and utilized.

Importance of a complete business case

The better business cases I have been involved with  also included the organization’s capacity to take on the project and an analysis of what will not be carried out in lieu of doing the proposed project. If the project is added to a corporation’s workload without dropping something else, most of the resources needed to complete the project should be assumed to be from outside consultants and as such, these consultant costs need to be included in the project’s budget. Another item that is often not considered is the management of priority of the project at a strategic level. Often as soon as the project is under way, another priority project typically arises such as the introduction of unanticipated new products or services, or a new law has been enacted that needs some IT work. Without a prioritization framework, there will be confusion on what project should be the priority for the organization and by default for the Board’s oversight.

Report often and in detail

The third common issue with large transformation projects is that the Board is not briefed well by management, getting only high level progress reports on meeting the project milestones, which inevitably results in the Board learning too late when the project is in trouble. The Board needs detailed reporting on the major project phases, such as during the planning, execution and implementation phases. I am, as a Board member, especially interested in the analysis from key corporate staff specifically addressing the ongoing project risk identification, mitigation and monitoring as part of the key risk management report. In addition to the usual risk categories, the Board members should be interested in changing risk profiles from one reporting period to the next; addressing project conflicts; recommending fall back strategies; as well as using  change management and testing strategies as needed. Issues I have seen at this level include having the project sponsor at a low level in the organization, hence not being empowered to make the necessary decisions; as well as management not wanting to provide bad news to the Board in the hope that the issue will be resolved by the next Board reporting period.

Yes, large transformation projects pose a risk for the organization. They introduce new processes and practices that typically impact revenue, customer service, product development and many other areas.  But avoiding doing large transformational projects is not an option as it would result in the organization stagnating and being left behind. CIOs and other senior executives need to do better job managing large projects and the governing Boards need to ensure those projects are given appropriate oversight.