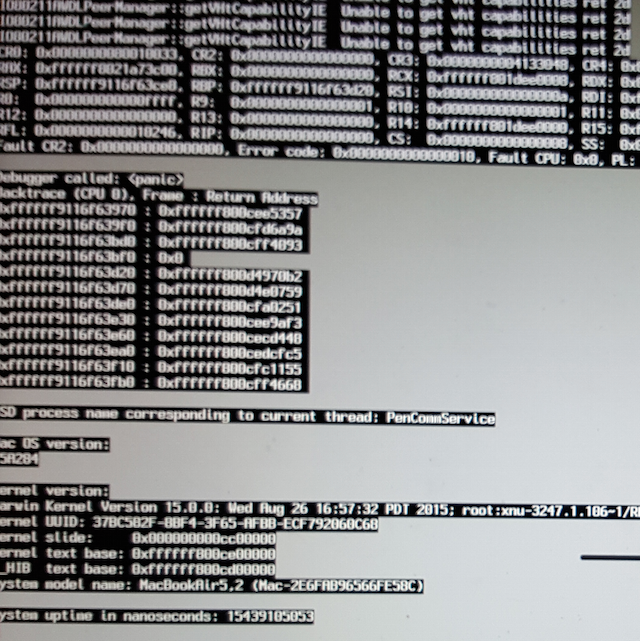 I switched to Mac because it was fast, ran all the software I wanted and it was damned reliable. Yes, at one time I loved to be “under the hood” pushing the boundaries and solving the issues.  Years later – I just want my laptop to work.

For years, my succession of Macs has done just that. Installations, updates, backup just happen. No viruses. No problems. Yes, it looked cool – but that really wasn’t what made me switch. While I was swearing at my laptop, or trapped in a hotel room trying to get the damn thing to run –  my daughter –  the Mac user was bashing away on a beat up  MacBook pro that was blazing fast, took tons of abuse and just always worked. That was the real bonus – reliability, speed and no more “blue screen of death.”

The Mac, when it failed, failed elegantly.   The “blue screen of death” was no more. An application problem was a limited problem. That new software I downloaded ran smoothly more times than not, but even when it failed, the OS stayed up and running. The rest of my system ran smoothly. Put the offending software in the trash and move on.  Yes, it cost more – a lot more actually – but reliability was worth it. Upgrades seemed to work smoothly. After several generations of even major OS upgrades, I had few if any problems. Until now.

El Capitan, dubbed “El Crapitan” by some frustrated users is Apple’s newest version of the OSX operating system and is also the first disastrous upgrade in all the five or more years since I switched from Windows to Mac.

Last night I did what I’ve done so many times over the past years. I upgraded – a routine thing. I do nothing special with my MacBook Air so I expected no problems.

On trying to boot up the system, it crashed. And crashed. And crashed. At first I suspected the hardware. I booted in safe mode, which is painfully slow but probably ruled out a major hardware failure. Years ago, it seemed like I worked in Windows safe mode more times than I can count.  The Mac – while much faster than any of those machines, is unworkable in that mode. Without it, what I have is something that can only be described as “the white screen of death.”

I immediately went to the Google and looked at a list of potential causes and solutions. After trying everything except a full rebuild of the machine, I gave up.

Today when I Googled the error I saw that since its release, El Capitan has been wreaking havoc on a large number of users. The problems are extensive. There are posts that mention my issue – failure to run at all. But even for those who manage to successfully install the software, there are a number of other challenges – battery life, Wi-Fi, Office 2016, Bluetooth, Spotlight, mail and the list goes on and on. You just have Google “El Capital problems” to see how many posts there are. In the support forums, there are plaintive stories of failure after failure from lonely voices who inevitably start with “I’m not that technical…”  Of course, they aren’t, but that’s why they paid the premium for a Mac.

If it’s any comfort – and I don’t suppose it is – I not that lacking in technical skills. It’s not going to do me much good.

Today, it looks more and more like the only thing I will be able to do is restore and perhaps rebuild my machine. Just what I wanted. A day or more without my laptop. And that’s just to get back to where I was. After that, we wait for a release that works. Which is perhaps what Apple should have done before they released this buggy release on the unsuspecting public.

Remember when people accused Microsoft of launching beta or even alpha software as “ready for prime time.” And Apple rose in popularity taking market share by dissing the PC and proclaiming their higher level of quality. El Capitan changes all that. It may not be “Vista” but the effect is the same.

What’s the cure? Well there is a rumour of an “upgrade” that should fix these problems. Sound familiar?

What I recommend? If you haven’t upgraded – don’t. Wait a few months and see if the problems subside.

As a CIO, all those Macs that we have in our shop are more expensive but until now, very easy to support. If we’re back to waiting two or three releases in to upgrade my OS and paying a substantial premium to do so, Windows 10 is looking pretty good.

Remember that old saying – “it takes years to build a reputation and minutes to destroy it.”  Apple needs to take heed of that.

Have El Capitan caused you problems? Let me know in the comments below.