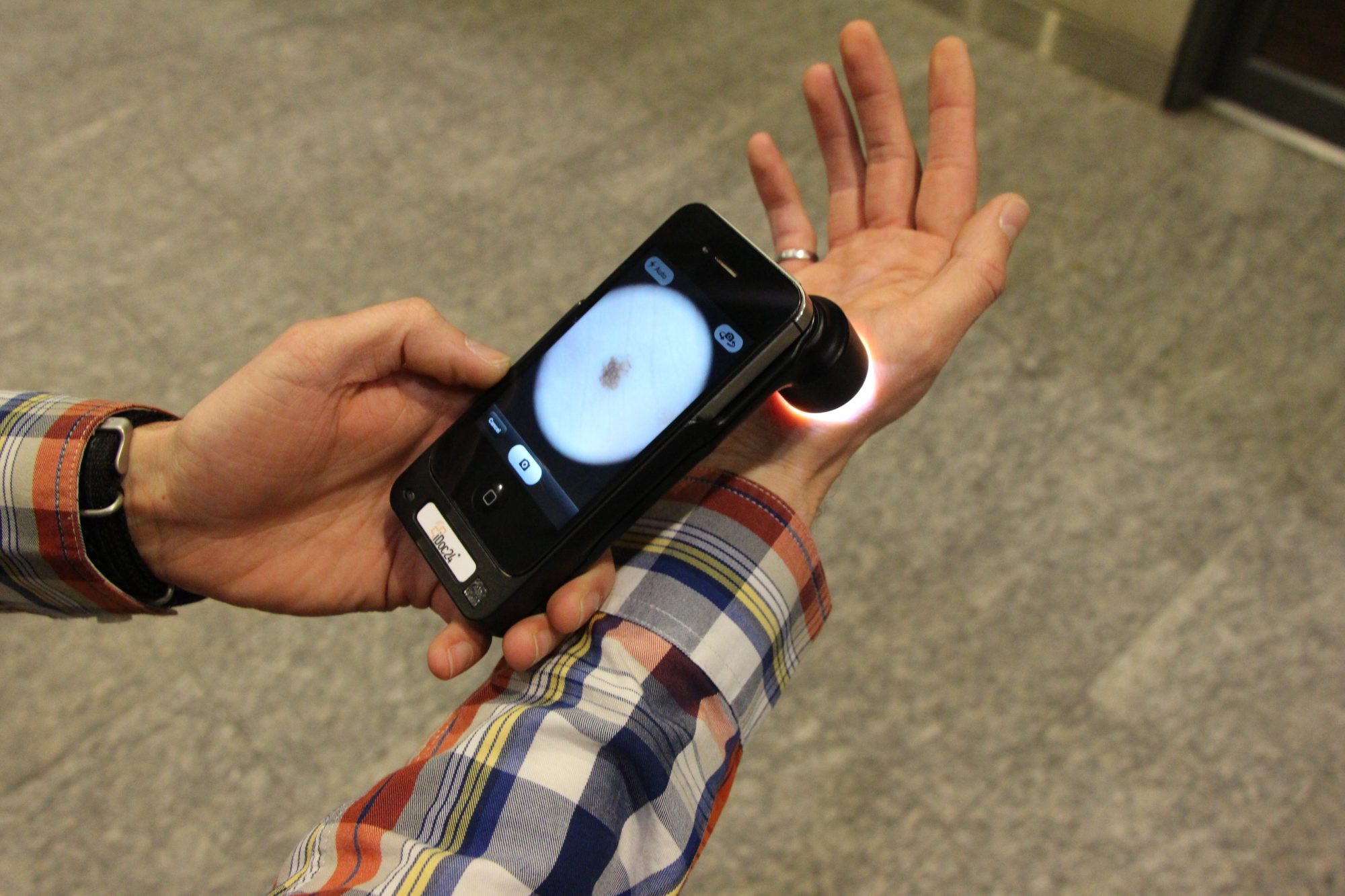 On a family vacation in Switzerland, a child developed a rash after soaking in a five-star hotel’s hot tub. The parents launched the iDoc24 app on their iPhone, took a photo of the rash, and submitted it for a tele-consultation. A licensed dermatologist responded in under 24 hours, saying the rash was folliculitis, an inflammation of hair follicles that’s often caused by bacteria. The easy and quick assessment saved the parents worry as well as money the hotel gave them a refund.

Since launching to market in 2009, iDoc24 has given over 2,000 assessments for all types of visible skin conditions via iOS and Android apps and the Web. It wasn’t long before the iDoc24 team noticed an obvious trend and need – sexually transmitted diseases (STDs) made up more than 30 percent of the queries on iDoc24.

In addition to matching our increased mobility, mHealth can also help us stay anonymous. The iDoc24 team took this into consideration and developed a solution tailored to this need – the STD Triage iOS app and website. Launched on March 6th, STD Triage lets users submit photos of externally visible STDs for assessments by licensed dermatologists within 24 hours.

We try to eliminate as much friction as possible, said Radek Rybicki, vice-president of product development at iDoc24. The STD Triage app is available for free on the App Store. Submitting a photo for an assessment does not require any personal identification information. Users pay $9.99 for a dermatologist’s assessment only if they choose to review it. Thanks to its geo-location capabilities, users can look up nearby STD clinics and pharmacies via its map.

STD Triage is not sold as a substitute of an in-person doctor’s visit. “With STD Triage, we are not giving a diagnosis, but rather specific medical information with the hope of elevating serious concerns so that an individual will be compelled to schedule an appointment with their doctor or visit a clinic to receive proper treatment if needed,” said Dr. Alexander Börve, Founder and CEO of iDoc24.

STD Triage was created specifically for “intimate or embarrassing skin problems” so that users could feel empowered instead of embarrassed when addressing their sexual health concerns, said Börve. He says that “niche branded apps” can target and reach a specific user group effectively.

Börve, an orthopedic surgeon currently on surgical leave, is on a mission to give people access to a dermatologist anywhere and anytime through a connected device. In addition to building his company, he is advancing his PhD degree in digital health at Sahlgrenska University, Sweden, and is currently a visiting fellow in tele-medicine at Berkeley University.

Börve is determined to validate his company’s services through research. He’s working on a study to quantify the cost savings of teledermatology to a healthcare system. Previously he’s conducted research on the accuracy of teledermoscopy and how it can reduce time to surgery in patients with melanoma through a more efficient doctor-to-doctor tele-consultation.

Rybicki recalls one story that demonstrates the potential of teledermoscopy to reduce time to surgery. “The woman went into surgery within five days because her general practitioner used his iPhone’s camera with a dermascope add-on and was able to quickly get an assessment from a dermatologist via the iDoc24 app,” Rybicki said. The preliminary results of the study show that teledermoscopy shortens waiting times for surgical treatments from 46 to 14 days.

With a focus on skin cancer and STDs/STIs, iDoc24 is exploring opportunities to increase user acquisition through distribution channels such as partnership with pharmacy chains and health information platforms such as WebMD. As more and more online pharmacies spring up, traditional pharmacies struggled to differentiate themselves from competition both online and around the corner.

iDoc24 is currently piloting its app and dermascope add-on at a pharmacy. Designed by the German company FotoFinder Systems GmbH, the “handyscope” model is iDoc24’s dermoscope of choice. The value proposition to the pharmacy is increasing sales by offering additional health services. In over 70 percent of cases, consumers will try an over-the-counter skin cream before going to see a doctor.

Rybicki met Börve in Berlin, Germany, while organizing a startup event. They teamed up and started working together in 2012. Later that year, Rybicki met iDoc24’s new developer, Sebastian Suchanowski, on a train ride from Warsaw, Poland, to Berlin. The team plans to establish its headquarters in Waterloo or Toronto because it sees potential to recruit talent in these regions. iDoc24 will close its seed round in the next few weeks.