In 2015, the Washington Post was the first news publisher to block content for people using ad blockers. The Post’s philosophy is that reading its content without a subscription while using ad blockers amounts to theft of material.

On the other side of the fence sits a company called Prism, which has taken advantage of a movement of the 615 million users worldwide who are downloading ad blockers because they are not happy with the user experience.

According to Prism, the rise in popularity of ad blockers can be traced back to publishers and advertisers themselves, who abused the user experience by either cluttering up content pages or creating disruptive ad monstrosities. Most disliked are non-skippable video ads and auto-play audio ads.

In an increasingly mobile-first and data-starved world, there is also the belief that advertising in all its forms uses up to 79 per cent of total data. Prism believes users should not have to subsidize publishers, calling for zero-rating policies for mobile and data regarding ad placement.

Publishers, agencies and marketers are working on how to innovate the advertising stack to address this problem. With such a large number of digital users choosing to block ads, some publishers are offering choice in how the user wishes to compensate for high-quality content.

Ad blockers are most common on desktops in North America. In Canada, 24 per cent of desktop users apply such technology. In Asia-Pacific, the highest numbers are in mobile ad blocking with usage surging to 40 per cent of users by the end of 2016. In December 2016, according to Page Fair, there were 600 million devices running ad block software worldwide. The fear for advertisers and publishers in North America is that manufacturers and distributors might shortly pre-configure ad block software into its hardware for desktop and mobile.

Ad blocking in 2015, with only 198 million users, cost publishers nearly $22 billion USD in ad revenues. By 2020, Juniper Research predicts the cost to publishers in lost revenues will be $27 billion USD, equal to 10 per cent of the total market for digital advertising.

At the 2016 FIPP conference, Sourcepoint’s Ben Barokas shared strategies to combat ad blocking, starting with the news of 150 of Europe’s largest publishers raising the flag to advocate for “no more intrusive ads” to offer a good user experience. Users are demanding choice in how they wish to compensate for free content. Choice empowers the users, creating a stronger bond.

Making better ads that are not intrusive is why the IAB created the new LEAN (Light, Encrypted, Ad choice supported, and Non-invasive ads) standard with Page Fair. These are ads that are preferred by readers, versus the “anything goes” practices that encourage ad blocking. LEAN comprises two elements. The first is not trafficking untrusted JavaScript into web browsers. The second is shutting down data leakage to protect user privacy.

The IAB LEAN standard allows for users’ ad style preferences, which empowers individuals to have control over their browsing experience. Publishers are working on different fronts to address this issue:

Forbes.com promises an “ad-light experience” if they turn off their ad-blockers.

An ad-light experience encompasses no welcome ads, no video ads inserted between paragraphs, and no ads between posts.

Apparently it works, as Forbes.com reported a 40 per cent increase of being whitelisted by ad blocking readers. Others, such as Sweden’s publishers, chose to block the ad blockers collectively. The user experience then becomes inferior when the ad block technology is active and makes video content unwatchable.

Through all the surveys of what users will accept there was a high rating for respecting the user by offering a quality, uncluttered experience. Readers preferred leading with native ads including in-image advertising which captures “the camera in everyone’s pocket.” Image creation is the new language, receiving 94 per cent more total views than text, according to Page Fair’s 2016 Report.

Native ads were also reported to be positive when they complement and are placed with similar content, allowing for the valuable synergies of editorial content to product or service messaging to better resonate with readers. Within this full spectrum of publishers, agencies and marketers it was continuously stressed that there is a requirement to understand the separation and bookings of “ad light experiences” versus regular ads.

These are the trends and innovative approaches that publishers, agencies and marketers are putting forth to combat the threat of not being able to afford putting out high quality content. The balance between providing an excellent user experience and running the ads required to raise the funds needed to keep free thinking journalism alive remains a struggle, requiring vigilance and advocacy from all sides. 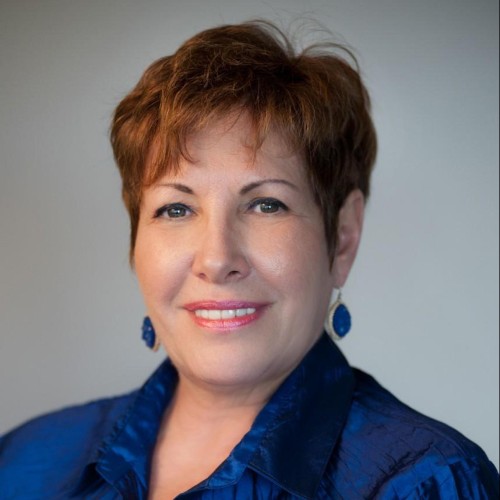 Fawn Annanhttp://www.note2file.ca
Fawn Annan is the President and Group Publisher of IT World Canada/IDG Canada, the largest global IT media company located in 87 countries. Its global brands such as CanadianCIO and Computing Canada are written with local views for global IT issues.

Why ITWC is shining a light on digital transformation