While there are many file managers for Android that include the functions of extracting and making compressed files, you will hardly find such basic functions sufficient in case you deal with archives frequently. So what you need here is an archiver. Google Play offers a wide choice of archiving utilities but a common user will find it difficult to pick the best one. Most archivers cope perfectly with basic packing and unpacking, but you never know which troubles you will face as soon as you try to deal with a split or encrypted archive. So how can you know whether the compression utility you are installing right now will cope with any archiving task in the future?

To figure it out by myself I decided to carry out a small experiment. I picked out 5 most popular file archivers for Android and gave them a challenging task. I went to Google Play, searched “zip” and “rar” and took first ten results of each search query. I filtered out the apps which can only extract files and do not compress them. Among those left I chose top 5 apps by the number of reviews and installs. So finally I’ve got these: ZArchiver, Easy Unrar, Unzip and Zip, B1 Free Archiver, WinZip and AndroZip.

After I have chosen my test objects, I started putting together a tough test set for them. I googled the cases which are the most difficult for archives to handle. I saw people have troubles with split archives – the ones you can make by splitting a single archive into several parts to send or upload them easily. There are also problems with encrypted files – many archivers on Android either do not open them or ask to download premium version. People often complain about  archivers not reading non-Latin symbols correctly. The new WinRAR RAR5 format also causes troubles as there are not so many apps, especially on Android, that support it already. Not all apps show comments in archives, the option of writing them is also rare.

So I combined all complicated cases that I found and made 2 split archives: one archive in new RAR5 format and the other one in ZIP format. Each archive contained 5 folders with the files named in Arabic, Chinese, Icelandic, Russian and Swedish. As I don’t speak any of these languages I took the word “good” and googletranslated it into corresponding languages. I chose the files in the formats that you can find almost on any Android device: like doc (documents), mp3 (music), jpg (pictures), mobi (ebook format) and gba (ROMS for games). So the RAR5 archive had the name in Arabic, comments in Chinese and a password in Swedish. ZIP archive had a name in Russian and comments and password in English (as zip format doesn’t support these features in non-Latin symbols).

Then I took each of the chosen compression utilities and extracted these 2 archives. I used Samsung Galaxy Tab 10.1 with Android v4.0.4. I took down all the results carefully and put them into the table below. I also added the information on each utility from Google Play and the apps’ key features to make the description complete. Here is what I’ve got:

On completing my experiment and to make its results clearer I decided to assign each utility points that would reflect their performance. So in “Google Play Info” section in my table I considered users’ rating and the number of supported formats to be the most valuable indicators. ZArchiver and B1 Free Archiver have more or less the same ratings, but B1 Archiver opens much more formats. So in this category I gave 5 out of 5 points to B1 Free Archiver, 4.5 points to ZArchiver, 4 points go to AndroZip with 4.4 rating, 3.5 points to Easy Unrar, Unzip & Zip (I took away 1 point because most of its features are available only in paid version) and 3 points to WinZip. I didn’t take into account the number of installs and reviews, because these figures do not directly show the quality of the app and depend mostly on the time the app has been available on the market.

In “Speed & Compression” section the obvious leader is ZArchiver so it received 5 points. Easy Unrar, Unzip & Zip and AndroZip got 4.5 points each. B1 Free Archiver got 4 points. The last one is WinZip – it received only 3.5 points because of its wierd 35 (viewing time) +20 (extracting time) system which makes up almost a minute for unpacking 40MB archive.

An official Android version of WinZip turned out to be worse than its desktop counterpart. No RAR5 support, problems with non-Latin passwords in rar files, inability to display some non-Latin symbols in filenames and virtually no features that would make the work with this archiver comfortable. The biggest con for me is that WinZip doesn’t have progress notification, which, combined with it’s low speed, can give an impression that it got stuck. What’s more, you can’t simply unzip any archive, because the app will first open an archive to view the contents and only then you can unzip the files. In both cases the process takes a significant amount of time. Wish it unzipped as fast as it zips.

Almost the same problems as with WinZip, but only with some speed and file management improvements. Nicer interface, can perform some actions for multiple files except for multi extraction. A much better choice, but still not the best.

Easy Unrar, Unzip & Zip was one of the first archivers of a kind and it is still rather popular among Android users. Unfortunately you have to go premium to enjoy all its features. Free version will do for those users who are sure they will never receive or download anything more complicated than the simplest archive. All advanced features are blocked. Considering app’s low cost, it’s a nice buy. Archiver’s premium version will cope with almost any extraction problem. But the app’s low extraction speed and an outdated interface spoil the fun.

I’ve gone through a big deal of doubting over the winner. Finally I’ve decided ZArchiver’s inability to deal with tricky archives and lack of support for RAR5 is a bigger blunder than B1 Free Archiver’s slowness. However, ZArchiver fully deserves its “almost a winner” title. It is the fastest on the list, can create 7z archives and does not ask for password when you want to delete files from encrypted ZIP archive (some may consider it a drawback though I like it ). It’s great as an archiver and a file manager, easy to navigate through and has an option that allows you to customize compression. Actually, customization is a strong suit of ZArchiver – it has a great number of settings, so you can adjust almost anything in this app to your liking.

I have chosen B1 Free Archiver as a winner among Android archives basing on my personal criteria. B1 Archiver can handle any split archive, any password protection and has the greatest number of supported formats. The only archiver that supports comments in ZIP files and is very easy to handle. A lot of users use B1 Free Archiver as their file manager. It is slower than other apps on the list. If you’re ready to sacrifice speed, you’ll get almost a perfect file archiver.

For all mentioned above, I should admit that a common user doesn’t need most of archivers’ special features that often. In most cases you simply need to extract recently downloaded photos or music. Moreover, it may be me who cares more for a quality of work then for a speed. Many users may prefer ZArchiver because it’s faster, while others will appreciate the advanced functionality of B1 Free Archiver. Personally I prefer to download software which I am sure will handle any kind of archive I may ever come across so that I won’t have to look for a better utility every time my app doesn’t cope with what it’s supposed to. And in any case it is nice to know my archiver won’t crash if it comes over something unusual. However, you can choose the utility that suites you best using the results of my experiment and the data I found. 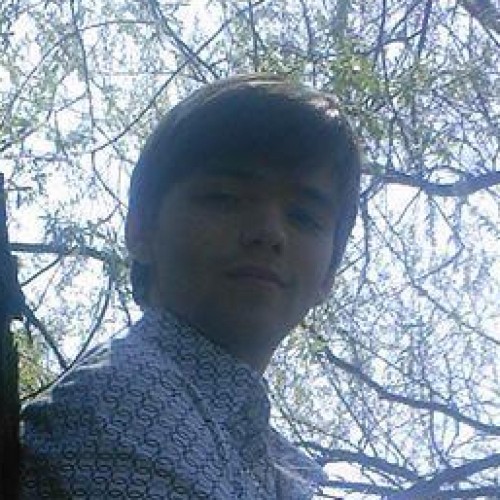 Previous articleThere’s an app for that? 5 most pointless apps you could download
Next articleCan Samsung’s PRO line of tablets disrupt the enterprise PC space?